In our podcast this week, we interviewed journalist Andrea Pitzer, author of the important book One Long Night – A Global History of Concentration Camps. In the interview she talks extensively about how the German concentration camps during the lead up to World War II did not start out as the death factories that they eventually became. However, over time, they became something far more evil.

In today’s guest post, my friend Danny Steinmetz of Ann Arbor talks about his family’s experience with one of those early German concentration camps in Sachsenhausen. In his essay, Danny makes this important observation: “When AOC speaks of concentration camps I don’t think of Auschwitz’s gas chambers. I think of Sachsenhausen. I think of its harsh conditions leveraged to force a man, German to the core, to give up on living there. That is exactly the intent of the Trump regime’s policies of family separations, denials of asylum, ICE raids, and harsh conditions within the camps.” 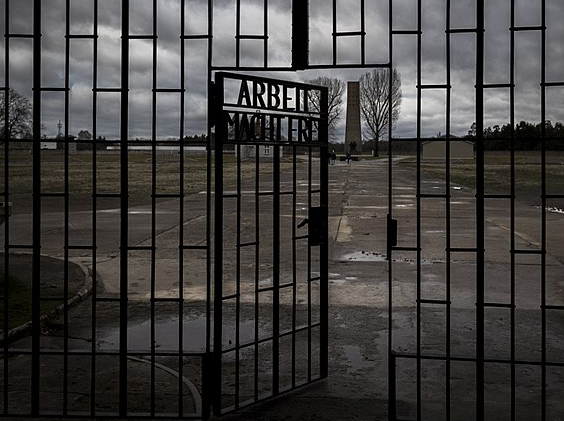 Dachau was the original Nazi concentration camp and from 1933 to 1938 its prisoners were mostly non-Jewish political opponents of the regime. It was primarily a prison and labor camp. There were no gas chambers or any other mass murder facilities there during its early years. Dachau was in a suburb of Munich in the south of Germany. Sachsenhausen, opened in 1936, was 22 miles from Berlin in the north east and was one of many additional camps opened over the years.

The first mass arrests of Jews were in Nov 1938, five years after the opening of Dachau, when approximately 30,000 Jews were rounded up during and right after Kristallnacht, a coordinated nationwide series of anti-Jewish pogroms.

My uncle’s father, Reverend Hirsch, was one of those rounded up and sent to Sachsenhausen. About three months later a man showed up at their door that they did not recognize at first. It was his father, gaunt, unhealthy and very determined to get out of Germany because to get out of Sachsenhausen he signed a paper promising to leave Germany.

The Nazi regime was still three years away from mass murder and death camps. Instead, they intended to realize their Jew-free Germany by getting Jews to self-deport. Reverend Hirsch scrounged the world for a job and visa and at one point contemplated going to Japan, improbably enough. In the end he was one of the lucky ones who got a job offer and visa to the US where his family ended up within a few years. Naturally, they also stripped Reverend Hirsch of most his belonging and money before he left. As for citizenship, that had already taken away from all Jews with the 1935 passage of the “Nuremberg Laws.”

The Nazi regime only shifted to mass murder rather than self-deportation when their invasions of Poland and the USSR brought millions of additional Jews under their control, way more than other countries would accept. Obviously, Jews in Nazi-controlled areas had “a well founded fear of persecution because of their religion/ethnicity/race.” But the world wasn’t honoring that moral claim. 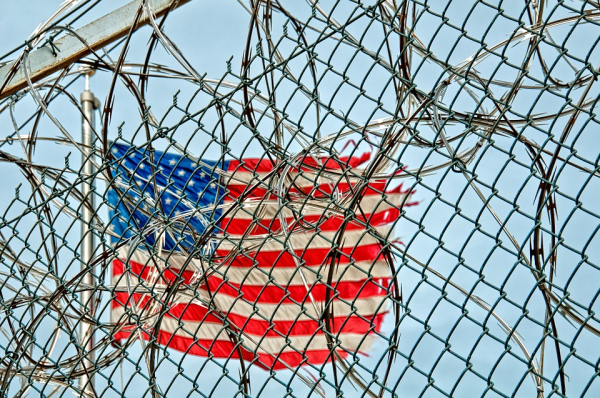 When AOC speaks of concentration camps I don’t think of Auschwitz’s gas chambers. I think of Sachsenhausen, I think of its harsh conditions leveraged to force a man, German to the core, to give up on living there. That is exactly the intent of the Trump regime’s policies of family separations, denials of asylum, ICE raids, and harsh conditions within the camps.

Of course there are no mass gas chambers in our abusive, unhealthy, sprawling, ever-mutating archipelago of over 200 camps holding undocumented immigrants, illegal border crossers, and asylum seekers. But nor were there any during the first nine years of the Nazi regime.

At this point, there are many more Trump prisoners (proportionally) than the Nazis had at that point. And that is without even considering the scale of our carceral state, the worst in the world. Just one year into the Trump regime we already had child separations, something it took much longer for the Nazis to implement.

The point of using the concentration camp analogy is to avoid reaching the Nazi endpoint. Let’s focus on the starting point, the early Nazi concentration camps, and the analogy works, even if the specifics differ.