I haven’t written much about the Flint Water Crisis lately, largely because my pals over at Michigan Advance and the fine reporters at MLive have been doing such a good job. I’m inspired to write today as I reflect on two recent stories, one of which is not actually about Flint. 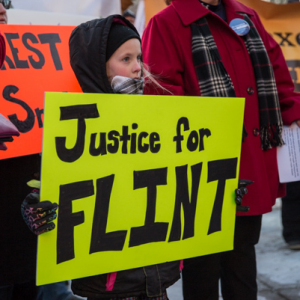 The first story is the astonishing move taken by Attorney General Dana Nessel along with Michigan Solicitor General Fadwa Hammoud who was appointed by Nessel to oversee the investigation into the Flint Water Crisis. In a move that startled many observers, Nessel has dismissed charges against ALL of the current defendants in cases related to the poisoning of Flint’s water supply with the colorless, odorless neurotoxin lead.

At first blush, this may seem beyond shocking. These cases have been plodding along for months and years under former Attorney General Bill Schuette and his appointed Special Prosecutor Todd Flood. The people involved were indicted on extremely serious charges including manslaughter. To the people of Flint, who rightfully no longer trust government agencies and actors, this probably seems like yet another case of “justice delayed is justice denied”, particularly when it comes to communities where the majority of residents are people of color.

However, when you dig into the reasoning behind Nessel’s move, it’s clear that it was necessary. As Michigan Advance reported, the investigation under Schuette’s watch was, simply put, a hot mess of inadequacy and ineptitude:

“Legitimate criminal prosecutions require complete investigations,” Hammoud and Worthy said. “Upon assuming responsibility of this case, our team of career prosecutors and investigators had immediate and grave concerns about the investigative approach and legal theories embraced by the [Office of Special Counsel (OSC)], particularly regarding the pursuit of evidence.

“After a complete evaluation, our concerns were validated. Contrary to accepted standards of criminal investigation and prosecution, all available evidence was not pursued.”

The two prosecutors also accused the OSC of being unduly lenient in agreements over what information would be turned over to the office by state agencies.

MLive has more in their terrific summary of the events that led up to Nessel’s move:

Millions of documents related to the Flint water crisis, including a list of state employees titled “Phones/Wiped,” were discovered in the basement of a state-owned building, according to a filing Friday, April 26, by the Michigan Attorney General’s Office in Genesee Circuit Court.

The claim by Hammoud came in a 10-page request for a six-month delay in the prosecution of former state Department of Health and Human Services Director Nick Lyon. The postponement request also said the records — collected in response to investigative subpoenas filed by Flood — were never completely reviewed before criminal charges were filed against Lyon.

Charges against Lyon included one count of involuntary manslaughter.

The filing also claims prosecutors have learned “only a slice” of evidence requested was turned over to them and says evidence that was supplied “did not conform to data delivery standards that would have made it digestible, searchable and analyzable.”

In other words, those of us who believed Schuette was only interested in going after the criminals in the Flint Water Crisis so that he could distance himself from the Snyder administration in order to win his election to be governor were entirely correct. And now Nessel and her team are left to mop up the mess Schuette and Flood left behind. 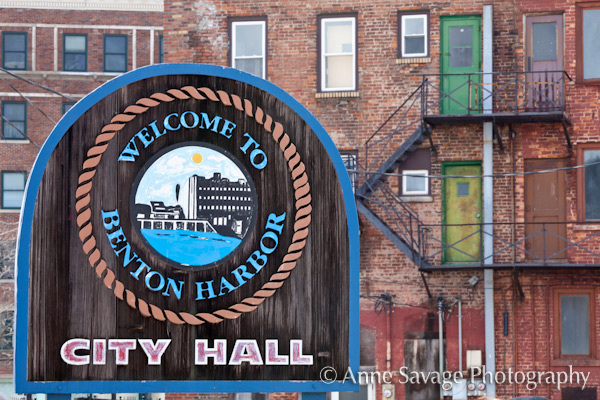 The second story comes out of Benton Harbor where Gov. Gretchen Whitmer has proposed closing their high school and sending mostly-black Benton Harbor students to nearby high schools in mostly-white communities. This is not something she proposed lightly or arbitrarily: the school district has almost $20 million in debt and, as reported by Michigan Radio, “Only 3 percent of third-graders could read at grade level in 2018, and no high school juniors were considered ready for college in the past five years.”

This is, simply put, not acceptable. It should not be seen as acceptable to ANYone.

There’s no question that Benton Harbor students have been failed by a lack of investment in their schools for a very long time. The school system narrowly avoided being put under an Emergency Manager by entering into a consent agreement with the State of Michigan in 2014 which was in place until late last year. But, a half a year later, the situation remains dire and the district’s crushing debt is only exacerbating the problem of Benton Harbor students receiving a sub-par education. A decade of the Republicans’ one-size-fits-all approach to funding schools has hit this school system perhaps harder than any other.

However, public schools are essential for any community and serve not only to educate students but to provide a place where residents come together for a wide array of reasons and activities. Simply giving up on the situation and closing the schools should not be considered an option.

These two stories highlight something that has been a keen focus of this site for nearly a decade: the Republican focus on doing education on the cheap and seeing only dollars and cents instead of investing in financially-strapped communities and school districts in ways that actually make sense has created a mammoth problem that Whitmer and her team now need to clean up. Emergency management’s focus on finances above all else has done nothing to resolve the core issues that created the problems in places like Flint and Benton Harbor in the first place. And, in the case of Flint, it took an already dire situation and made it lethally worse with people dying because of decisions made by un-elected dictators – the Emergency Managers – in order to save stupidly small amounts of money.

Flint and Benton Harbor and other cities and school districts that were under Emergency Management didn’t get there simply because stupid or corrupt local leaders screwed up. They got there because their industrial bases were hollowed out as industries in their communities fled and left gaping holes in their budgets. Instead of investing in these communities, training future leaders, shoring up inadequately funded schools, and helping them get back into financial health by partnering with them, Republicans simply took them over, cut their budgets to the bone, and then left declaring the problem solved. As I have said repeatedly in my writing on this issue, so long as the core problems remain unaddressed, it is only a matter of time before these municipalities and school districts will be back in emergency situations.

So, while AG Nessel works to hold the criminals in the Flint Water Crisis accountable in the appropriate way, Gov. Whitmer and her team are working to clean up the messes created by years of Republican neglect in order to put cities and schools in a position where they can once again be self-sustaining.

I’m among those who rejected the idea of simply closing the high schools in Benton Harbor and calling the problem resolved so I’m gratified that Gov. Whitmer is now showing a sincere interest in working with local community leaders in a cooperative fashion, unlike her predecessors. I reject simplistic declarations that “Whitmer is in over her head” and see her as someone willing to collaborate. What’s clear is that continuing to do the same thing over and over isn’t going to make things better, help Benton Harbor students get the education they deserve, or restore the trust of the residents of Flint. New, thoughtful, and cooperative approaches are needed. It won’t be easy and it only gets harder over time.

It’s taken a decade or more to get where we find ourselves today and it will take time to solve these long-term, intractable core issues. But, at least for now, we have people (women) in charge who seem to recognize that you can’t cut your way to prosperity and educational success. It requires investment in infrastructure, training, and a host of other areas. They also seem willing to approach these problems in far more collaborative and forward thinking ways.

What remains to be seen is if the Republicans who created these problems in the first place and who control our state legislature will get on board, ready to help, or if they’ll stand in the way and prolong the misery.