If you worried that poor, maligned Enbridge Energy was alone in its fight against the monstrous power of Michigan citizens who are desperate to save our Great Lakes from an unimaginable environmental catastrophe, you may now rest easy. A new corporate front group, an “AstroTurf” group as they are frequently called, has come to their aid, posing as, in their own words, “The Voice of the Energy Consumer.”

Enbridge, the company responsible for the worst oil spill in Michigan history, runs a pair of pipelines along the bottom of the Straits of Mackinac just west of the Mackinac Bridge. Each day they pump 540,000 barrels — nearly 1 million gallons of petroleum per hour — of petroleum products through the pipelines as they take a shortcut from one part of Canada to another by routing it through our state.

Here’s a map that shows how Line 5 is simply a shortcut through Michigan for Enbridge:

Image courtesy of For Love of Water (FLOW)

The vulnerability of these two pipelines came into terrifying view when a ship dragging its anchor nearly tore them open in April of 2018. An inspection of the pipes after the 6-ton anchor kertwanged off the twin pipes found three dents and missing protective coating. This alarming video of the damage caused by the near-miss was released last month by Sen. Gary Peters:

“The released videos and photos show the incredible risk these pipelines, which are beyond their design life, pose to the Great Lakes and our economy,” Shriberg said. “The images are shocking –- the pipeline is clearly in poor shape and the damage from the anchor strike is extensive. The Great Lakes barely dodged a bullet.”

He’s not kidding when he says we dodged a bullet. It is estimated that a pipeline rupture in the Straits would take nearly $2 billion to clean up and would despoil some of the most beautiful coastline in the USA. I should probably mention that the pipelines are SIXTY SIX YEARS OLD.

A 2015 report from For Love of Water (FLOW) details that alternatives DO exist and that Line 5 is not “vital energy infrastructure”, despite claims otherwise. According to a fact sheet published by the Grand Traverse Band of Ottawa and Chippewa Indians, Line 5, which transports synthetic crude, natural gas liquids, sweet crude, and light sour crude, does not have a federally approved emergency response plan at the Straits. It has already leaked over 1 million gallons of oil in the past 50 years. 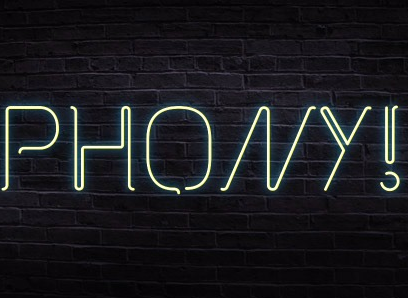 Enbridge is playing hardball with the Whitmer administration to force them to go through with a plan to put the pipelines in a tunnel under the Straits. Whitmer wants Line 5 decommissioned in two years or less. Building the tunnel would take years to do, years during which we may not dodge the bullet a second time.

But, fear not! Enbridge, the plucky little oil giant is not alone! According to the citizen environmental group Oil & Water Don’t Mix, the AstroTurf group Consumer Energy Alliance has come to the rescue!

In a widely distributed press release announcing the Michigan campaign and proclaiming itself “The Voice of the Energy Consumer,” the Texas-based Consumer Energy Alliance is a front group for the fossil fuel industry, according to The Center for Media and Democracy and the Energy and Policy Institute, two watchdog groups.

Consumer Energy Alliance, with ties to BP, Marathon, ExxonMobil, and Shell, “is part of a sophisticated public affairs strategy designed to manipulate the U.S. political system by deluging the media with messaging favorable to the tar-sands industry…,” according to Source Watch, a Center for Media and Democracy publication. […]

Here’s more about the CEA from Source Watch:

The CEA was created in the late 2000s by Michael Whatley, a founding partner of a Washington, D.C.-based Republican lobbying group HBW Resources that has close ties to the Alberta, Canada tar sands industry. In a January 25, 2010 pro-industry strategy proposal to an Alberta government official, Whatley wrote that he was interested in “conducting a grassroots operation” in “target states” that would “generate significant opposition to discriminatory low carbon fuels standards” that were created to address climate change. Whatley created the CEA with backing from big energy producers BP, Chevron, ExxonMobil, Marathon, Shell and the Norwegian energy company Statoil. Despite its backing by big corporations, the group claimed it provided “a voice for consumers interested in vital public issues.” […]

E-mails obtained under the U.S. Freedom of Information Act reveal the relationship between the Consumer Energy Alliance and the energy industry, and show the group is part of a coordinated astroturf strategy to create an echo chamber putting forth pro-industry messaging.

David Holtz, spokesperson for Oil & Water Don’t Mix, cuts straight to the point: “Enbridge is now using other oil industry money to buy Michigan and expand its dangerous oil highway through our state and our waters for decades,” he said. “Michiganders care about their Great Lakes and won’t be fooled by Enbridge’s astroturf friends and their phony front group, as Enbridge desperately tries to overcome the truth about its dirty oil pipelines and avoid accountability for its dangerous Line 5.”

Thankfully, Gov. Gretchen Whitmer and Attorney General Dana Nessel are no shrinking violets. They are standing up to this corporate behemoth which has now sued the state to make sure Republican legislation rammed through in the waning hours of the 2018 lame duck session stays in place so they can continue to use our state as a shortcut for their pipelines. Make sure Gov. Whitmer and AG Nessel know you support their efforts to decommission Line 5 within two years and make sure they stay strong as Enbrdige tries to exploit our fine state to maximize their profits. You can contact Gov. Whitmer HERE and by sending an email to AG Nessel at [email protected]