The following post was written by Rebecca Ramaswamy. Rebecca is a civil rights attorney at Equal Justice Under Law, and one of the attorneys on the Fowler v. Benson case in Michigan.

As a Michigan native, I was excited when my D.C.-based civil rights organization, Equal Justice Under Law, decided to bring a lawsuit against my home state. This was in early 2017, only a few months after I was hired, and while I liked the idea of getting some work-expensed trips home, there was something uniquely satisfying about calling out injustice in the place where I was raised. It was gratifying to know that my work could very well benefit people I grew up with, and that my extended family would read about my work in the Detroit Free Press… and might actually be interested. 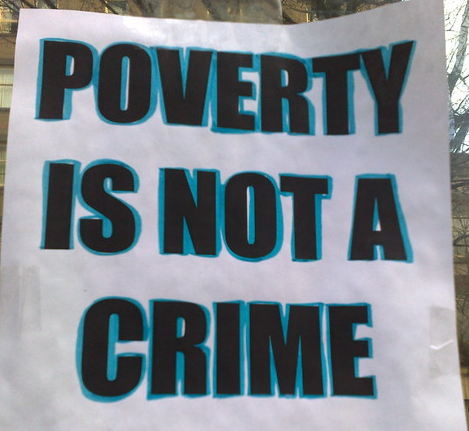 And our lawsuit, Fowler v. Benson, was an easy sell even with my more conservative relatives. Did you know that the state of Michigan will automatically suspend your driver’s license if you fail to pay any court-ordered debt, even if you cannot afford to pay? If you get ticketed for driving five miles over the speed limit and you’re fined $100, and you don’t have $100, your license will be suspended.

For most people, the irrationality of the law is immediately obvious. Once your license is suspended, you’re likely to lose your job, and you’ll have a hard time finding a new one that doesn’t require you to have a license. In the end, the state of Michigan — like many other misguided states — is trying to incentivize debt repayment by actually making it more difficult for people to pay their debts.

My aunts and uncles immediately grasped why the law is “stupid” — the counterproductive and discriminatory effects of the law are easy to explain and understand in laymen’s terms. But in legal terms, it is surprisingly tricky.

The federal courts have historically been somewhat murky when dealing with claims of what advocates call “wealth-based discrimination.” Many intelligent lawyers parrot the refrain that “the Supreme Court has held that indigence is not a protected class,” so as long as a law is rationally related to a government purpose — a test almost all laws can pass — it is not illegal to discriminate on the basis of wealth.

This is not entirely correct.

The Supreme Court famously held in San Antonio School District v. Rodriguez (411 U.S. 1 (1973)) that poverty alone does not trigger a heightened standard of constitutional review, beyond the “rational basis” test. But in that same decision, the Court laid out a nuanced summary of its previous cases related to wealth-based discrimination and even provided a two-part test for determining whether a wealth-based class is entitled to more than rational basis review.

The legal basis is there, but courts are still reluctant to intervene when laws unfairly target people living in poverty.

And it is maddeningly difficult.

Over and over, we painstakingly lay out the relevant case law, explaining how Supreme Court precedent actually provides plenty of space for courts to find wealth-based discrimination unconstitutional. The government lawyers opposing us trot out predictable arguments in defense: Mainly, the Supreme Court only examines wealth-based discrimination closely when it involves access to courts, a risk of imprisonment, probation, or a fundamental right.

Who is right? (We are, of course.) The reality is this: it does not matter. What is “right” in law comes down to one thing only — what a judge says is right. Or, in the case of our Michigan lawsuit — which was awaiting decision from the Sixth Circuit Court of Appeals until this week — what two judges say is right.

The district judge who heard our case in 2017 agreed with enough of our claims to grant us a preliminary injunction, ordering the state to stop suspending the driver’s licenses of indigent Michiganders without due process — a huge victory. That judge got it “right.”

The state then appealed the injunction, and unfortunately, two out of three of the judges on the appellate panel got it wrong. Now, our hard-won preliminary injunction is reversed.

The two Sixth Circuit judges who ruled against us based their decision on an overly-narrow reading of Supreme Court precedent. The appellate panel also included a third judge who filed a dissenting opinion, agreeing with our reading of the Supreme Court’s cases. Again, the reasoning is there; a judge who wants to halt wealth-based discrimination has the legal basis to do so.

The law is conservative by nature, painfully cautious and slow. Wealth-based discrimination is one area in which judges are still inclined to read the law too restrictively; they are often unwilling to accept our invitation to connect the dots the Supreme Court has laid out over decades and state the obvious — that a law like Michigan’s discriminates against people who are poor.

Maybe the only way to achieve impactful change through litigation is to chip away at that reluctance one case at a time, win or lose, until judges begin to wonder whether there is more going on here than they see at first read. Until states and municipalities begin to worry about their liability in enforcing laws that discriminate on the basis of wealth. Until everyday individuals begin to own and enforce their constitutional right not to be discriminated against because of their poverty. Litigation, in so many ways, is a long game.

So we chip away.