This is how Democrats could win the future — pretty cheaply

Michigan can be the model for turning purple and then red states back into functioning democracies. Your support of Eclectablog can help. 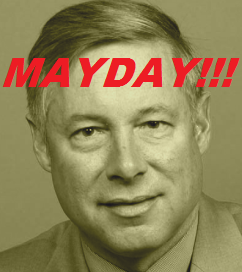 Rep. Fred Upton is on the run.

In 2017, he single-handedly kept Obamacare repeal alive with the “Upton Amendment” that made House Republicans more comfortable with gutting protections for Americans with pre-exisiting conditions. In 2019, he’s playing up his support of Obamacare.

Upton won, but barely, in the closest race of his life. And in the same election Michigan passed a series of reforms designed to push back against decades of Republican control that has left our public schools drained and segregated, our roads cratered, and the water of Flint undrinkable.

These victories included gerrymandering reforms, automatic registration, and no-excuse absentee balloting. We also picked up five seats in the state House, giving us a chance to take it back in 2020. We also elected women to all our statewide constitutional offices for the first time ever. And, yeah, we legalized weed, which has turned out to be almost as boring as legalizing same-sex marriage.

So if you were Fred Upton or the NRCC, you’d be scared, too.

In Michigan, in 2020, we’ll begin to see what happens in one in the nation’s key swing states, a state that has been gerrymandered out of a functioning democracy for all of this century, when we do some of the key things we know give control back to the voters.

This matters because we will likely be one of the threes states that decide this presidential election. But it matters even more because the 2020 election in this state and every state will determine what our country’s electoral maps look like for the next decade.

“Slowly but surely, Democrats say, the importance of state and local government is dawning on progressive activists and voters who have a well-earned reputation for putting all their hopes, dreams, and money into presidential campaigns,” The Atlantic‘s Russell Berman wrote this week. “‘They’re “realizing maybe all the noise is coming from Washington, D.C., but the policy is coming from their backyard,’ said Christine Greig, the minority leader of the Michigan House of Representatives.”

This excellent story focuses on the work of Future Now’s Give Smart effort, which seeks to transform state elections by focusing small dollar donors. This is the kind of effort we love and support in every way we can. And we help raise the profile of many of these local candidates who get drowned out by the Trumpening by bringing you the work of Progressives Everywhere on our GOTMFV Show.

“It’s cheaper to win an entire majority in a state legislative chamber than a single congressional seat,” entrepreneur Adam Pritzker said in that Atlantic piece.

While nothing replaces supporting the candidates and causes you support, backing Eclectablog is also a small-dollar investment that pays off big.

We focus on progressive news from the angle of of activists and other maniacs who live and breathe this stuff. We also do our best to make sure Michigan’s stories get elevated to the national level, especially when these stories are — as they they too often are — harbingers of the sort of plagues the entire country may soon face.

From Flint to Betsy DeVos to the scavenging of Detroit, our schools, and our state in general, Michigan has long been a cautionary tale. In 2020, we can give the country at peek at what restoring democracy looks like.

But we need your help.

There are three ways for you to support our efforts. First, you can use the handy PayPal form at the top of the right sidebar to make a one-time donation via Paypal in the amount of your choice.

Second, you can send a check (which avoids Paypal taking out a percentage of your donation) to Chris Savage, P.O. Box 32, Dexter, MI 48130. Please make the check payable to “Eclectablog”.

Finally, you can become a monthly sustainer by making a recurring donation each month by using this form: