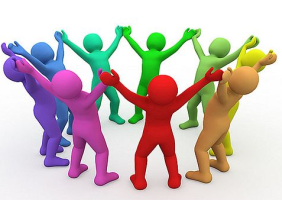 In what can only be described as some of the best news I have heard this year, particularly regarding Michigan, a three-judge federal panel declared many of Michigan’s Congressional, State House, and State Senate districts to be unconstitutional. Their decision (which you can read HERE) was unanimous:

The “predominate purpose” of the redistricting plan approved by the GOP-led Legislature in 2011 “was to subordinate the interests of Democratic voters and entrench Republicans in power,” said the unanimous decision written by U.S. Circuit Court Judge Eric Clay, an appointee of Democratic President Bill Clinton.

Here’s the very direct and clear language Judge Clay used in his decision:

The Court finds that Plaintiffs have failed to establish that Senate Districts 10, 22, and 32,
and House Districts 52, 62, 76, and 92 are unconstitutional partisan gerrymanders under a vote dilution theory.

You may be thinking to yourself, “Wait. Why is this a big deal? Michigan voters just passed a law creating a non-partisan redistricting committee so we won’t be gerrymandered any more.” While it’s true that we successful struck a blow for democracy in November last year with the passage of Proposal 2, the redistricting commission won’t be seated until after the next census. That’s in 2020. So the earliest we would see its impact would be in the 2022 midterm elections.

THIS decision, on the other hand, takes place immediately. That means that it will take place before the 2020 presidential year election. Today’s ruling gives the Republican-led House and Senate until August to redraw the maps so they can be signed into law by Gov. Gretchen Whitmer:

After a federal court finds that a state legislative apportionment scheme violates the Constitution, it should, when practicable, “afford a reasonable opportunity for the legislature to meet constitutional requirements by adopting a substitute measure rather than for the federal court to devise and order into effect its own plan.”

Accordingly, the Court will provide the Michigan legislature the opportunity to devise remedial maps that are consistent with this opinion, that remedy the constitutional violations discussed above, and that otherwise comply with the United States Constitution. We will only consider any remedial plan passed by both chambers of the Michigan legislature, and signed into law by the Governor of Michigan, on or before August 1, 2019. The Court will not entertain any redistricting plans enacted after that date.

Many of the seats impacted are State Senate seats that typically wouldn’t be up for election until after 2020 because they are 6-year 4-year terms. Many State Senators will have to run for their newly drawn district seats sooner than six four years.

It’s easy to see why the judges were unanimous in this decision. Take a look at the 7th Congressional District where I live: 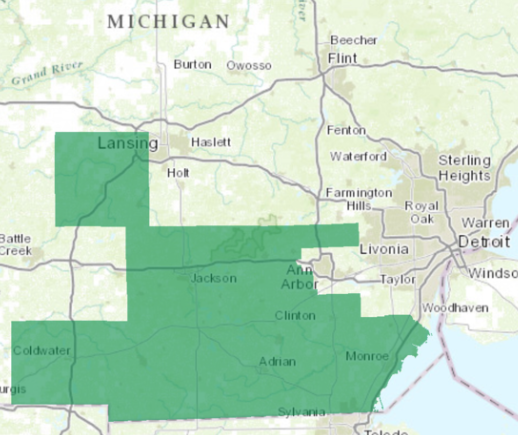 After the census in 2010, Republicans redrew the 7th District in such a way that Mark Schauer, who defeated Tim Walberg in 2008, could not run against him again. It also wraps around the Democratic strongholds in Lansing and Ann Arbor. If you start in Eaton Rapids in the northwest corner of the district and drive to the southeast corner on Lake Erie, it would take you over two hours.

Here’s what Judge Clay wrote about the 7th District:

But, as bad as the 7th District is, the 11th is the most absurd: 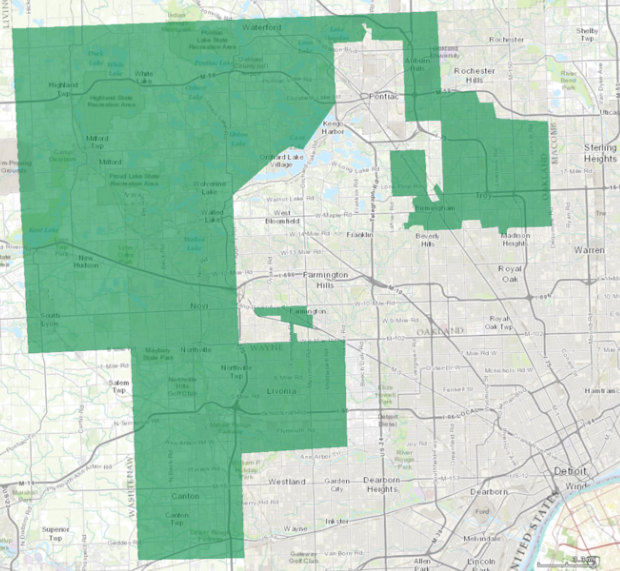 See how it wraps around Pontiac? It’s so absurdly drawn that you can almost imagine that they drew it around specific houses in the area.

Three others are nearly as bad, too. 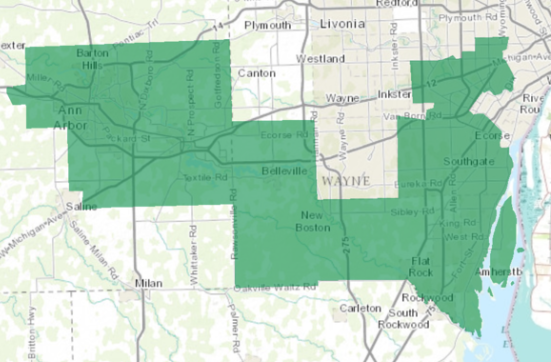 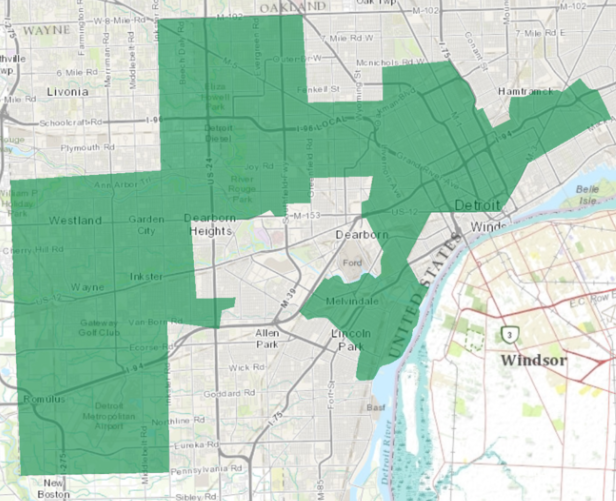 And the 14th District: 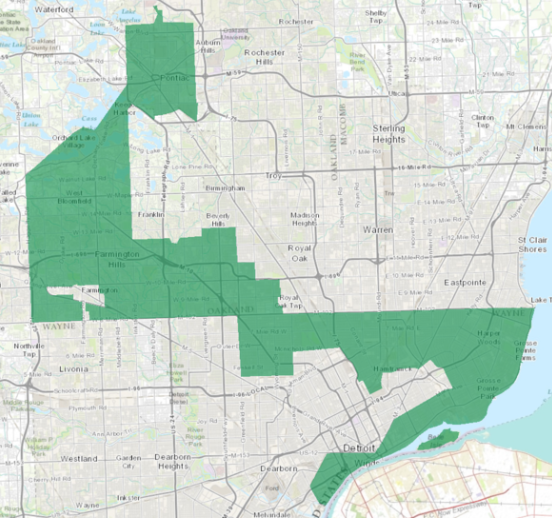 My hardy congratulations to super-attorney Mark Brewer who handled this lawsuit for the ACLU League of Women Voters of Michigan. We couldn’t have wished for a better outcome.

It’s a great day for democracy in Michigan.

UPDATE: Earlier this week, the U.S. Supreme Court heard arguments on two gerrymandering cases. Some observers seem to think they are inclined to strike down lower court decisions that ruled that district maps were unconstitutionally gerrymandered. If that’s the case (and don’t forget the two of the judges on the SCOTUS are Trump appointees), this good news may not be long lived. As Stephen Wolf from Daily Kos put it:

[T]here’s a strong chance that this ruling will be overturned thanks to the partisan Republican majority on the Supreme Court. The high court will soon rule in two key cases over gerrymandering in Maryland and North Carolina, and it has never before ruled in favor of plaintiffs seeking to overturn maps on the basis of unfair partisan advantage. Whether or not this Michigan ruling survives will hinge on the outcome of those two cases, which are expected to see rulings issued in June.