Trump’s 2020 budget proposal kills funding for Special Olympics but that’s not all, not by a long shot 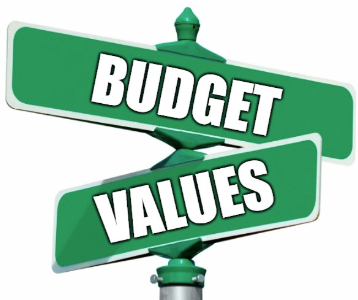 Let’s start with children with disabilities since that’s front and center in the news this week. Trump’s budget slashes the Department of Education’s budget by a whopping $8.5 billion, presumably to find money to pay for his hideous “wall” on our southern border with Mexico. It’s a 12% budget cut that, among other things, kills off a $2 billion grant program for teacher professional development, ends subsidized loans where the federal government pays interest while the student is in school, and eliminates “the Federal Supplemental Educational Opportunity Grant and the Gear Up program, which helps disadvantaged students in middle and high schools prepare for college.”

But the most egregious part of the cuts is the defunding of Special Olympics to the tune of $17.6 million, a 26% reduction in special education grants to states, a $7.5 million cut to the National Technical Institute for the Blind, a $13 million cut to Gallaudet University (a school for students with hearing loss), a $5 million cut for a federal program for print books for blind students by the American Printing House for the Blind, and cuts to programs at the Hellen Keller National Center for Deaf-Blind Youths and Adults and the National Technical Institute for the Deaf.

Here’s Education Secretary Betsy DeVos attempting (and failing) to justify the slashed budget all while being eviscerated by Democrats during a House Appropriations Committee education subcommittee hearing yesterday:

But don’t worry, rich people. Betsy DeVos has your back. Amid all of these cuts is a tasty $5 billion earmarked for scholarships for students to attend private schools. Congratulations!

That lady who just cut funding for the Special Olympics lives here.

But funding for programs for people with disabilities isn’t the only thing that Trump doesn’t give a damn about. Science is, once again, on the chopping block. Here are some “highlights”: 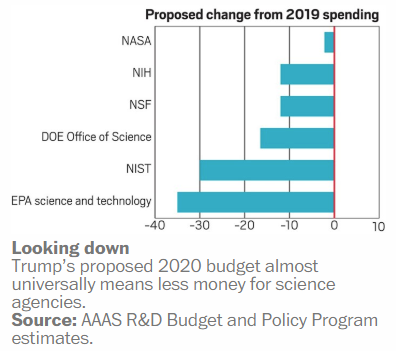 Like I said at the start, just this portion of Trump’s proposed 2020 budget alone tells you pretty much all you need to know about his values and what he doesn’t care about.

Yes, Trump proposed an entirely outrageous, anti-American, cruel, war-mongering budget once again this year (as he has for the past two years.) BUT! Trump doesn’t control the budget; he has to sign whatever Congress sends to him into law. So, all the pressure needs to be on members of Congress. And don’t forget, thanks to your activism and GOTMFVing over the past two years, Democrats now control the House of Representatives. They are going to be far less likely to pass a budget that does all of the outrageous stuff Trump is proposing. At the end of the day, it’s Congress where most of the pressure must be applied so stay active and present in their lives (i.e., phone calls, emails, town halls, coffee hours, etc.)

Finally, keep in mind that Trump is the consummate negotiator. He ALWAYS asks for way more than he expects to get. He starts at “outrageously offensive” and negotiates back to “hideous”. With Democrats in control of the House, maybe we can get that down to something no worse than “terrible”.