We underestimate the danger of acting as if these are normal times. 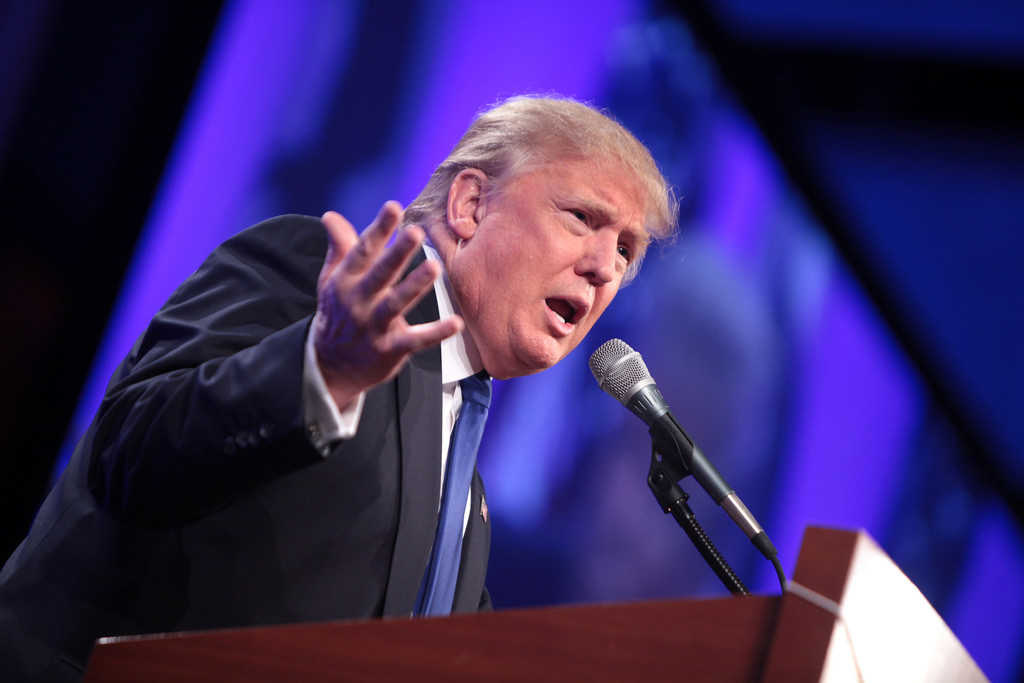 The undocumented immigrants Donald Trump uses as a convenient distraction as he cuts his kids’ taxes and sells out America to the wealthiest polluter often see their lives ruined. Their children may be stolen from them. They live in constant fear of being sent back to certain death, rape and terror.

Meanwhile, a guy who hires them to work in at least five of his golf courses is delivering the State of the Union.

You don’t have to accept the overwhelming evidence that Donald Trump engaged in a conspiracy against the United States in order to be elected president to believe he’s a criminal. You just have to note that he’s violated the Emoluments Clause from the moment he took office or that he has been named directly as a co-conspirator in a felony campaign finance violation. Or you could be interested in uncovering the hundreds of millions in fraud that’s becomes evident when you take a look at the Trump family’s taxes.

And if that isn’t enough, you can just believe him when he says undocumented immigration is a national emergency and costs the country $11 billion in a government shutdown all while continuing to employ the immigrants he rants about because it’s cheaper than employing citizens.

All of these crimes are insignificant to guys who want a wall, almost as insignificant as the wall itself — which Trump could have had if he and the xenophobes behind him weren’t more interested in cutting LEGAL immigration by 50%. This is why Trump’s wall is just like Obama’s birth certificate — it’s useless, only racists really want it and they won’t be satisfied if they get it. (Trump’s taxes on the other hand are the complete opposite: they’re crucial, they’re actually being hidden and everyone but racists wants to see them.)

We underestimate the danger of acting as if these are normal times.

Trump’s criminality becomes more obvious every day, as does his desire to liquidate America like a yard sale, degrade the free press and empower the world’s worst authoritarians.

While he is a particularly weak tyrant now, his makeover of the courts makes him stronger and more indispensable to the GOP every day. And whenever he steps into a familiar position that assumes the excessive power we’ve surrendered to the American presidency, it offers him legitimacy that he exploits and abuses.

We used to talk about not normalizing Trump. But now Democrats are at risk of normalizing Trump’s crimes. Yes, the House Intelligence Committee is proceeding deliberately in a manner set to abet the Mueller investigation. But Mueller is only investigating a fraction of Trump’s corruption. And he and the attorneys in the Southern District of New York could be fired any day. They may already be limited in their resources and scope by the illegally appointed acting Attorney General.

America craves normality. If we are ever rid of Trump, the urge to “move on” will be enormous. But that’s how we got here.

“Turning a blind eye to abuses of power might heal the political careers of individual partisans, but it does nothing to heal the nation, ” Kevin Kruse and Julian E. Zelizer write in an essential new op-ed on the lessons learned from their new book Fault Lines. “Indeed, a lack of accountability only makes the popular resentment over Washington more pronounced and the partisan divide more deeply felt.”

We need accountability. We need justice. We need these things not because they’re good politics, but because they are good patriotism.