Not sure how this helps, folks…

“You’re about to go to prison for lying. How can we believe anything you say? The answer is we can’t.”

That was House Republican Rep. Carol Miller from West Virginia at yesterday’s hearing with Trump fixer Michael Cohen who is going to prison, in part, for lying to Congress in 2017. During the hearing, like Ms. Miller, Republican after Republican reminded America that Michael Cohen is a convicted liar. 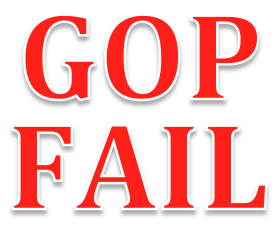 And what did Cohen lie to them about? The criminality of the President of the United States. One after another, they made it clear as day that when Cohen came to Congress and lied, he was lying to protect a man who, as is increasingly clear, is up to his neck in criminal behavior. And at no point did they try to defend Donald Trump.

In other words, in their rush to discredit Cohen, they very literally made the case that when he came to them the first time and defended Trump, he was lying, and that Trump was, in fact, guilty of the things Cohen was trying to cover up.

I’m not sure how that approach helps Trump’s cause. More importantly, it shines a bright light on Republicans’ own negligence in doing the job they’re supposed to do to protect our country from a Criminal-in-Chief.