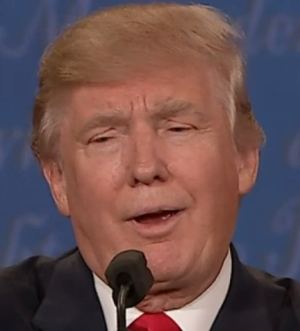 I’m not here for the impending barrage of heartfelt stories about Trump voters who have now “seen the light,” and suddenly realize that his tax cuts, and tariffs, and gutting of regulations, and pulling out of trade deals around the globe, and manipulation of the SEC and stock market, and threats against judges, and attacks on the press, and government shutdowns, and blatant racism and sexism, were not “worth it” now that their paychecks haven’t increased, their crops are rotting, they are having to pay more for needed foreign goods, their water and air are fouled, their lettuce is poisoned, other countries hate us, they can’t get anyone to clean their hotel rooms, or pick their fruit, or be their kids’ nanny, and their retirement accounts have tanked.

Because we told you he was not to be trusted.

We told you he was a liar.

We told you he was a terrible businessman.

And you said you didn’t care…

“We aren’t electing a Pope,” you said.

“All politicians lie!”, you yelled.

“Hillary is even worse!”, you screamed, spittle flecking your glistening lips.

“He’ll build a wall to keep out those dirty Mexicans,” you muttered.

“He’ll make America great again, like it was when I was…well, like it was before…you know, when you didn’t hear Spanish in the grocery store. And marriage meant something, no matter how many times you did it. And those NFL players knew their place. I just want things to be like they used to be, when this country was great…for people like me,” you whimpered.

So as the stories about obstruction, and collusion, and deals with Russian agents, and foreign interference in our elections come trickling in over the next several months, like a slow drip drip drip revealing everything we’ve already known in our bones, save the human interest story of those who feel betrayed by the Betrayer in Chief, and duped by the Head Dupe.

Because we told you.

And you knew what you were voting for.

And you were willing to sell out the rest of us for the false promise of reclaimed glory, no matter the cost.

And I, for one, will be here for that.