Change is Coming in the World of Education Reform: Fordham Institute Edition 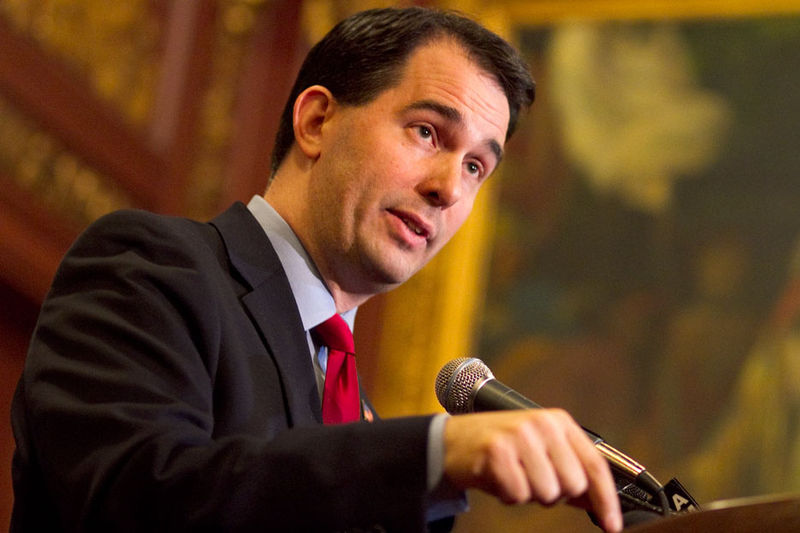 I have to say that it’s pretty amusing to see an–allegedly–education-focused website like the Fordham Institute print this “sky is falling” forecast of new Wisconsin governor Tony Evers’ predicted influence on schooling in the state, but it’s illustrative of Fordham’s deep hatred for public education, and their support for the corporate ed reform agenda. Between the twisting of facts and innuendos, it’s like taking a stroll through a hallway of funhouse mirrors…so join me as we take a peek at their concerns:

1. They are concerned that Evers wants to adequately fund schools: “Evers wants to increase school funding—even more than Walker”…

Yes, because Walker was such a big supporter of public schools. (My eyes just rolled back so hard they bumped into the rear of my skull.)

This point is supported by some snarky references to the “fact” that spending increases (caveat: above a certain threshold) don’t improve student learning–because, you know, no one with the financial means to do so ever decides to buy a house in a community that spends a lot of money on their kids’ schools. And because standardized test scores aren’t directly correlated with parental income levels. And because spending more money on stuff helps in every single other aspect of life…except for education.

(The next time some neo-con tells you that “throwing money at education doesn’t do any good!”, tell them, “You may be right, but spending less money on schools hasn’t worked, so let’s try spending more and see what happens!”)

I mean, these Fordham guys are just unbelievable.

2. They are concerned that Evers won’t spend enough public money on private schools: “Though Evers’s proposed increases would do nothing to narrow the very wide funding gap between public and private…”

Yup–the argument here is that Evers isn’t likely to provide as much PUBLIC/STATE FUNDING to PRIVATE SCHOOLS as he will to PUBLIC SCHOOLS. Who does this guy think he is, anyway? Some sort of publicly-elected, publicly-paid state official who is tasked with protecting and defending public institutions??? Wait till the Koch Brothers hear about this!

And not to be a scold or anything, but I thought that spending more money on schooling doesn’t improve student learning…so isn’t Evers actually helping private schools by spending less on them?

What will Evers think of next? Rolling back the voucher programs that have decimated Wisconsin’s public schools, once one of the very finest state school systems in the country? Egads.

And why doesn’t Fordham think that Evers go after vouchers? “At minimum, he could use the bully pulpit and the budget process to trigger a major debate on these programs. Fortunately, the 35,000 children currently taking advantage of vouchers will be living testaments to the programs’ benefits.” The Fordham writers conveniently ignore the fact that there are more than 860,000 children currently enrolled in the state’s public schools, and that spending scarce state tax dollars on private-school vouchers while short-changing nearly a million kids of adequately-funded schools seems like pretty weak tea. “Spend more on the few, and less on the many.” Nice bumper sticker, Fordham. 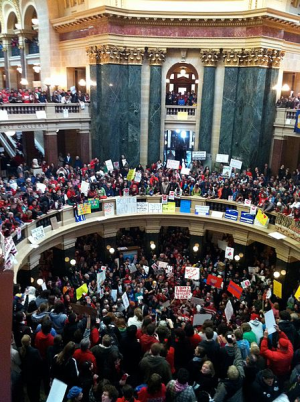 3. They are concerned that Evers might…well…do his job: “In 2015, he was critical of the creation of a new authorizer for independent charter schools in Milwaukee and Madison, saying that this expansion would “weaken local control of public education.”

Understand, this is a radical departure for Wisconsin’s governor, so the Fordham gang is likely pretty nervous about an elected official exerting his constitutionally-mandated responsibility for oversight on an out-of-control business enterprise masquerading as an educational practice. The days of the charter industry’s “Wild (Mid)West” approach to skirting regulations may be coming to an end…at least in Wisconsin.

4. They are concerned about the legacy of Scott Walker’s collective bargaining reforms (i.e., ACT 10).

A gentle reminder—ACT 10 was widely seen as a direct attack on teachers unions, and generated an incredible amount of public controversy, including massive protests from the state’s teachers. Any objective review of Walker’s tenure would evaluate his attacks on public sector unions as a frontal assault on the state’s workforce—an assault that has created lasting damage to the state’s public education infrastructure.

And the Fordham Institute is sad about what might be lost with respect to Walker’s “legacy”?  The bottom line here is that it’s richly ironic to see an anti-education “think tank” like Fordham losing their minds over the prospect of a duly-elected governor who may actually do her or his job. An occurrence that is becoming more common in the Midwest, with new Democratic governors and senators being elected in the three states that handed Trump the White House in 2016: Pennsylvania, Wisconsin, and Michigan.

Wisconsin has suffered for 8 long years under the tyrannical rule of Koch-puppet Scott Walker. The state’s citizens—and children—can finally see a light at the end of the tunnel, and the folks at Fordham may want to step off the tracks before they get run over. Because change is coming. Fast.