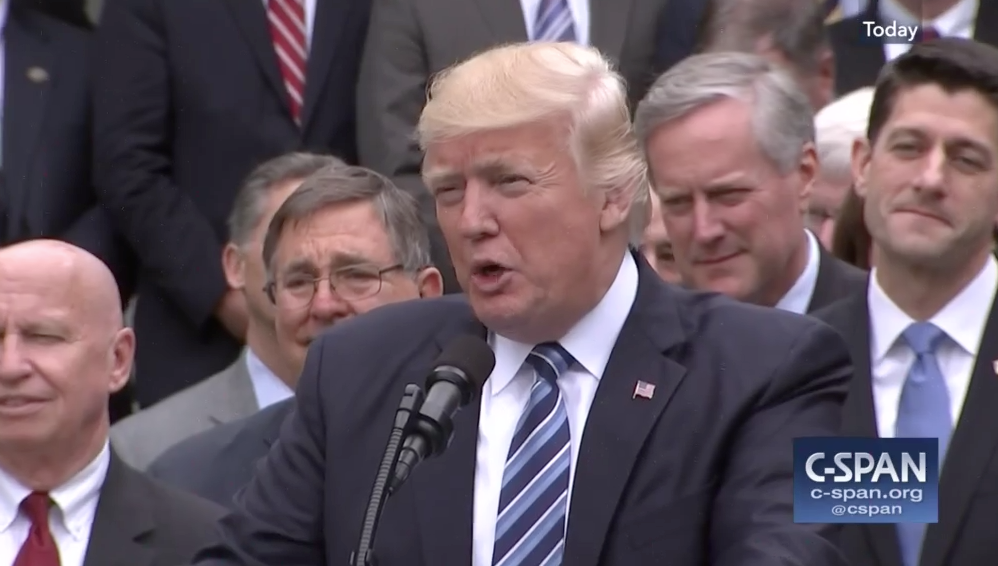 As many as 1 in 2 Americans could lose access to health care if a Republicans lawsuit backed by Trump Administration prevails — and almost no one is talking about.

As Donald Trump tries to gin up a racist fervor at a group of starving migrants that won’t get here, if they ever do, until late November, the press is largely ignoring what may be biggest risk American’s health care since the GOP’s last attempt to repeal the Affordable Care Act.

“The Texas judge who’s primed to eliminate the ACA’s protections for preexisting conditions has been sitting on his opinion for six weeks now,” Michigan law professor Nicholas Bagley tweeted last month. “My money? The judge is waiting until after the midterms because he knows that bad ACA headlines would hurt Republicans at the polls.”

The lawsuit filed in February of this year by 20 Republican governors and attorneys general seeking to invalidate the entire law could result in a national injunction that rolls back protections for pre-existing conditions for people who get their coverage through the ACA’s marketplaces — and their employer’s insurance, depending on state laws.

“In June, the U.S. Department of Justice weighed in… “Sabrina Corlette, Maanasa Kona,and Justin Giovannelli reported. “While it did not ask the court to block the whole ACA, the administration urged the court to strike down the law’s guaranteed issue, preexisting condition exclusion, and community rating provisions.”

Estimates of how many Americans have some sort of condition insurers could use to deny coverage range from 50 to 129 million, enough to touch almost every family in the country.

Trump — like many other Republicans — won’t stop lying about protections for pre-exisiting conditions for two simple reasons.

People want the protections the ACA gave them and Republicans want to take them away. 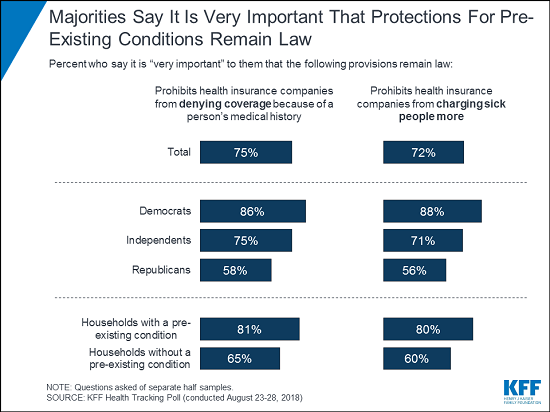 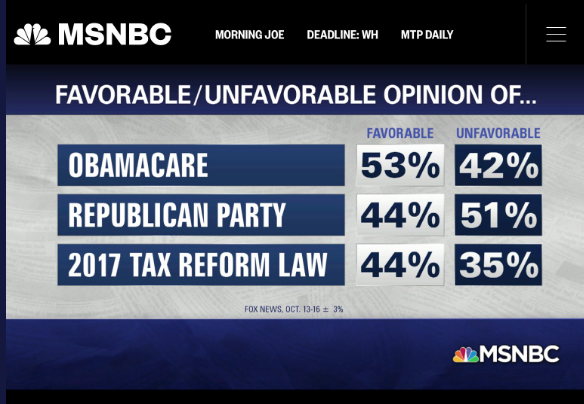 On Wednesday, Trump was asked about the lawsuit by ABC’s Jon Karl and the president denied that his Department of Justice is suing to end pre-exisiting conditions, which it is. Trump then offered a mangle of slurs that accused Democrats of bad things about health care, all of which more accurately described the policies he’s actually backed.

Instead of following up about the lawsuit, Karl asked another question that allowed to attack Democrats some more.

“The president flagrantly lied yesterday about Republicans’ support for protections for preexisting conditions in a deliberate effort to dupe millions of voters in the upcoming midterms,” Nicholas Bagley tweeted. “So the lead story at @nytimes is naturally about [checks notes] George Soros.”

There is no Republican plan to cover pre-existing conditions because the ACA is the only thing that has ever come close, by ending insurers’ ability to discriminate and put lifetime caps on coverage.

“The Congressional Budget Office in a 2017 analysis said that less-healthy people, including those with pre-existing conditions, would ultimately be unable to buy individual health insurance (policies not tied to an employer) at premiums comparable to those under the Affordable Care Act, ‘if they could purchase it at all,'” Politifact reported.

More Republicans are running on lies to defend the victories of Obamacare than the Republican tax cuts. And unless we can get the press and the nation to focus on what’s actually at stake while Trump is trying to distract and divide us, they may get away with it.