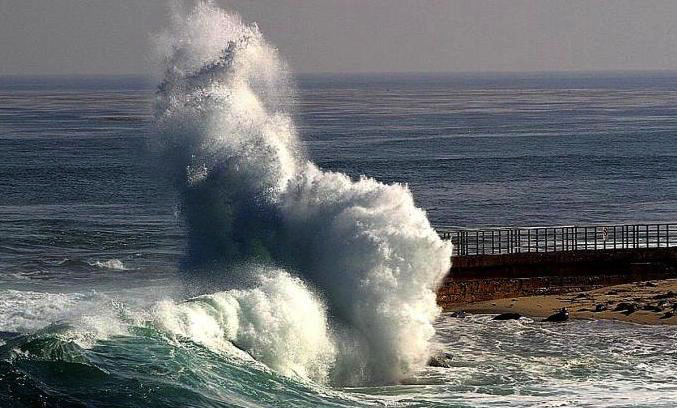 The biggest and most profound victory in Michigan on Election Day was, for me at least (and LOLGOP chides me about mentioning this on the pod all the time) that Michigan’s Bigot-in-Chief, Bill Schuette is being replaced as Attorney General by lesbian attorney Dana Nessel. Dana is the amazing woman who helped bring marriage equality to the USA, something Schuette used OUR tax dollars to fight tooth and nail. Then he went on to get crushed by another incredible Democratic woman, Gretchen Whitmer. Having Jocelyn Benson as our new Secretary of State is icing on that very delicious cake. Early on, we said we wanted to have the next governor of Michigan on the pod and we did. Twice.

Two other very sweet victories (both women who have been on the pod) are those of Elissa Slotkin in MI-08 and Haley Stevens in MI-11.

Flipping the 8th Democratic and sending Mike Bishop, a bought-and-paid-for corporatist shill, into retirement as a pocket lint wrangler for Matty Moroun is a truly wonderful thing. The 8th hasn’t had a Democratic member of Congress since Debbie Stabenow won in 1998.

Flipping the 11th Democratic after two years of it being held by foreclosure vulture David Trott is also a truly wonderful thing. Trott made all the government connections he needed to make and then retired to go back to preying on the most vulnerable people in Michigan. The 11th hasn’t had a Democratic member of Congress since Raymond Clevenger won it in 1965 (aside from two months when David Curson was elected in 2012 to fill a two-month vacancy when weirdo Thad McCotter resigned after engaging in election fraud.)

The biggest loss for me was Sam Bagenstos, the incredible candidate for the State Supreme Court, who couldn’t survive a wave year for women. Megan Cavanagh’s victory is wonderful and that is a Democratic pick up for the Supreme Court. But we still have a Republican majority on the State Supreme Court now and, as Megan told a forum I recently moderated, without a majority, the best she’ll be able to do is craft beautifully-written dissents. The delightful and decisive passage of Proposal 18-2 (the screw gerrymandering proposal) and Proposal 18-3 (the easy AF voting in Michigan proposal) are both threatened by Sam’s loss because they will certainly be challenged in the courts and will end up at the State Supreme Court.

However, there’s no denying that, in the state legislature at least, the Democratic electoral blue wave in Michigan crashed hard on the breakwall of incredibly effective Republican gerrymandering. In 2014, Democrats got around 30,000 more ballots than Republicans in the State House races, but Republicans maintained a 63-47 majority. In Congressional races that year, Dems got 50,000 more votes but only 5 of the 14 Congressional seats. In 2016, Republicans did a bit better by getting 3,000 more votes the Democrats but they still held onto that 63-47 majority. This year was no different:

Likewise, Democrats picked up additional seats in the state Senate, but still found themselves on the minority end of a 22-16 split. That’s despite Democratic candidates besting Republicans 51 to 47 percent on the aggregate.

There’s no question that Proposal 2 will change this if it survives a court challenge. Even conservative water-carrier Ingrid Jacques basically admitted in a silly little essay that Democrats loved Proposal 2 because it levels the playing field and Republicans hate it for precisely the same reason.

But here’s the bad news: that change won’t happen until 2022, the first election cycle after that post-Census redrawing of the maps. We’ll have to wait four years before there’s a level playing field with fair maps unless a court challenge that’s underway and headed up by liberal attorney Mark Brewer is successful in the interim. “Democrats won every statewide election. not just the top statewide races, but all eight of the education boards, and Democrats still could not even get a tie, let alone control of the Legislature,” he told Bridge Magazine.

Yet in the face of effective gerrymandering, we still managed a Democratic wave election. Even at the federal level, Democrats did better in the U.S. Senate than anyone would have thought possible given how many seats they were defending. And 2020 looks a LOT better for Democrats there. We also retook the U.S. House of Representatives, of course, a key victory in stopping the most outrageous actions of Republicans and the first real chance to hold Donald Trump accountable for his immorality and ethical vacancy.

In 2008, my wife Anne and I helped run a GOTV operation in Milan that was exhilarating, exhausting, and impressive beyond words. We had hundreds of volunteers making calls and running canvass packs. Then in 2010, we did it again, this time out of an empty duplex unit with me sitting alone sending out canvass packs from a folding chair and card tables we loaned the campaign. It could not have been more depressing. We had only two people knocking doors that year: Anne and the boyfriend of my OFA Field Organizer at the time. I was a one-man phonebanker. The contrast was stark and the results put me on the couch getting drunk for two days and our country into a downward spiral that culminated in the election of Trump 6 years later.

This year, though. Damn. THIS felt like a presidential year. Our volunteers in Washtenaw County, both within the County Party itself and from people new to politics, was nothing short of phenomenal. To give you an idea of just how big the turnout of Democrats was this year (a midterm year), here are some historical results from Washtenaw:

This election was a necessary first step toward even more positive outcomes for Democrats in 2020. Republican gerrymandering will force us to work harder and smarter and to continue to elect high quality candidates. But we can at least see the light at the end of the tunnel now. And if Barack Obama taught us anything, he taught us that having hope is crucial in changing things for the better.