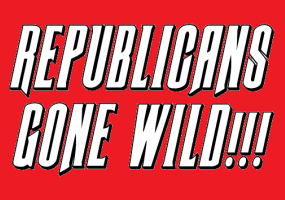 Perusing the Facebook pages of some of the Democrats who won their elections last week, I came across a post by Jeff Irwin, the newly-minted Democratic Senator in Michigan’s 18th state Senate district. In it, he reveals that Democratic members of the state Senate are given $129,700 plus two staff benefit packages (for two staff members.) Republican senators, in sharp contrast, are given $212,700 plus four staff benefit packages (for FOUR staff members.) In other words, Democrats get HALF the staff and 61% of the financial resources to run their offices that Republican senators are allotted.

These allocations are hold overs from the budgets created by outgoing Senate Majority Leader Arlan Meekhof. According to Irwin, legislative staff salaries range from $25,000-$75,000 with some exceptions. “As a minority member, I have learned, we can buy benefit packages from the Senate business office and squeeze a third staff member into that budget as long as the salaries are less than the total,” he told me.

Senator Irwin is hopeful that incoming Republican Leader Mike Shirkey will establish budgets that are more equitable. But the existing budget shows just how spiteful and vindictive our current slate of Republicans are. They are literally putting their Democratic colleagues in a position where they are less able to serve the people they represent than their Republican counterparts are and they are doing it in a way that looks to be a very much intentional. It’s an example of those in power using that power to ensure that they stay in power.