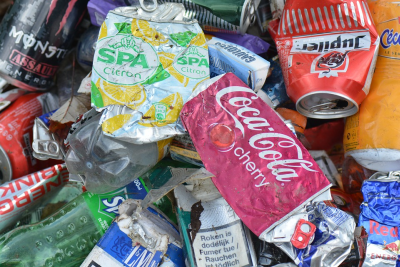 We all suspected this was going to be a VERY rough enflamed duck session and we all were right. Two bill introduced this week seek to hurt Michigan’s environment.

The first is House Bill 6532. This bill would do away with Michigan’s law that requires non-reusable containers to have a deposit which encourages people to return them to the store to be recycled. The rationale behind this, according to the bill’s sponsor, Republican State Rep. Joe Bellino, is that it will — and I’m not making this up — help recycling efforts:

“We need to incentivize recycling,” said Bellino. “We think because we have the bottle bill, we do a great job with recycling. But when we look at the stats, we stink around the Midwest and nationally when it comes to total recycling.”

The 10 cents back every time you return a carbonized beverage container to the store has been around for 42 years.

“The bottle bill pulls the two most valuable materials – aluminum and PET plastic – away from community-based recycling systems,” Bellino said. “Rerouting these materials into local recycling programs would provide the boost recyclers need to sustain their programs and expand access to even more communities.”

UPDATE: Bellino admits this will save him $9,000 a year so he has a vested monetary interest in this bill passing.

But, wait! There’s more. Republican Senator Tom Casperson’s bill — http://legislature.mi.gov/doc.aspx?2018-SB-1211 — would allow development of 70,000 of Michigan’s wetlands, nearly a half million acres worth (emphasis mine):

Senate Bill 1211, sponsored by state Sen. Tom Casperson, R-Escanaba, would redefine which wetlands require state Department of Environmental Quality permission to modify or fill — including doubling the size threshold at which regulation is required, from 5 acres to 10 acres.

That would remove regulation from 70,000 wetlands statewide, totaling about a half-million acres, according to a DEQ analysis of the bill. In most Michigan counties, it would include about half of their remaining wetlands.

“Without regulatory protections, these wetlands, lakes and streams can be filled, dredged, and constructed on without a permit.” said Tom Zimnicki, agriculture policy director for the nonprofit Michigan Environmental Council, based in Lansing.

Anyone paying attention knows the value of wetlands as filters for water and habitats for countless animals. Casperson doesn’t care about that. For him this is all about landowners being able to do as they damn well please and to hell with the broader impacts on our environment. MAGA!

As an added bonus, there’s a real chance this would lead to the federal government taking control over the oversight of Michigan’s wetlands:

“This further weakens our program and puts us further out of compliance,” Zimnicki said in testimony to the committee.

That could prompt the feds to retake control of oversight, he said.

“If we lost the program, right now we’re looking at 30 to 40 days for a (DEQ wetlands) permit review — it’s not uncommon for a (federal) Army Corps of Engineers permit review to take six months to a year,” Zimnicki said.

Both Zimnicki and Jennifer McKay, policy director for the Petoskey-based environmental nonprofit Tip of the Mitt Watershed Council, said their respective agencies are prepared to push for a return of wetlands regulation to federal authority should the Legislature pass Casperson’s bill.

“If Michigan’s legislators choose to show they no longer care about wetlands, and no longer wish to protect them, then Michigan shouldn’t be regulating them,” McKay said.

Yeah, well, that would be the Trump administration so I’m not especially confident about that at the moment, either.

Finally, Republicans also passed a bill out of a Senate Committee yesterday to compel putting Enbridge’s Line 5 in a tunnel under the Straits of Mackinac and putting it under the control of the Mackinac Bridge Authority. Why would the people running the Mackinac Bridge be in control tunnel that doesn’t even go under the bridge? I’m glad you asked:

Republican Gov. Rick Snyder, who leaves office Dec. 31, struck a tunnel agreement in October with the Canadian oil transport giant. Under the plan, the company would pay to build a $350-million tunnel beneath the straits that would encase a replacement pipeline to prevent a spill and allow the existing line to be decommissioned. The state is also expected to kick in $4.5 million in infrastructure costs for the tunnel.

Strap in, kids. This is going to be a very rough few weeks.