The stench of desperation has overcome the Michigan Republican Party. As I reported yesterday, they sent mailers to the districts of three of their House candidates claiming they are endorsed by the Police Officers Association of Michigan (POAM). They are not and, in fact, in two of those races, the POAM actually endorsed the Democratic candidate.

Today I have evidence that the Republicans are mailing flyers in support of a Green Party candidate running for governor. This tweet from Ace Anbender in Ypsilanti was the first I saw of it:

Take a look at the “paid for by” section. 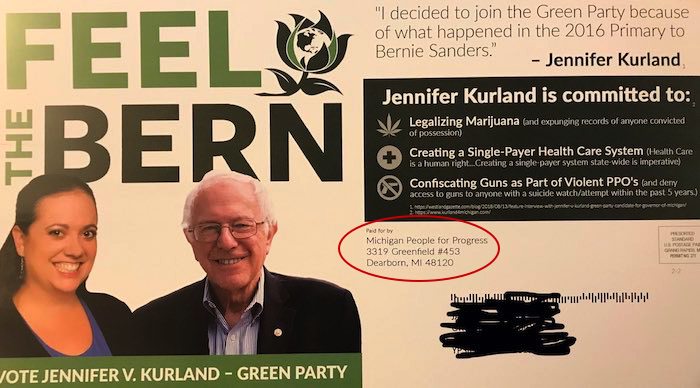 Let’s break it down. On September 5th, the Michigan Prosperity SuperPAC was formed: 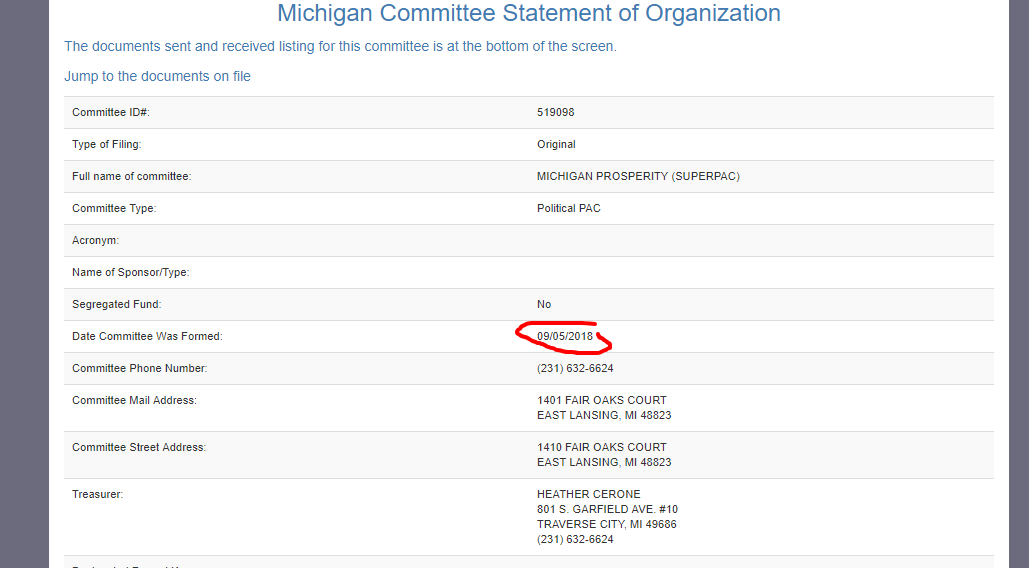 A few weeks later, on October 17th, the Michigan Republican Party gave a group called the Hardworking Americans Committee a tidy check for $175,000:

The Hardworking Americans Committee was formed in 2014 and its treasurer is Randall Thompson, the former chair of the Genesee County Republican Party and the executive director of the Coalition Against Higher Taxes and Special Interest Deals, an anti-tax tea party group. Thompson is also the owner of MIconservativenews.com, the website that clumsily tried to make it look like the video that recently emerged showing Bill Schuette sexually harassing a female filmmaker had been released months before (it hadn’t been.)

The very next day, on October 18th, the Hardworking Americans Committee gave the Michigan Prosperity SuperPAC an eerily similar tidy check for $175,000:

Then, six days later on October 23rd, the Michigan People for Progress SuperPAC was formed: 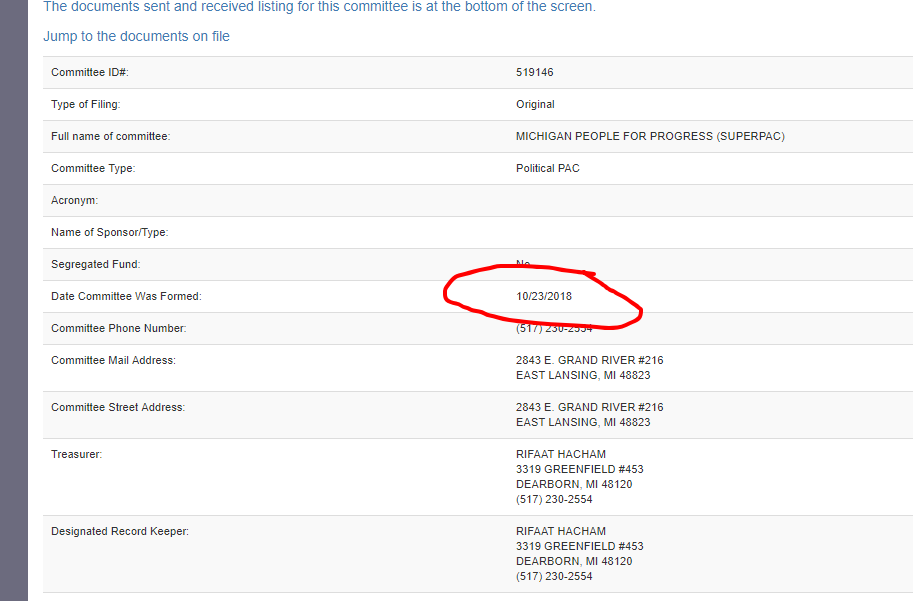 Four days later, on October 27th, a big chunk of the money that the Michigan Republican Party had laundered through the Hardworking Americans Committee into the coffers of the Michigan Prosperity SuperPAC was then passed on to Michigan People for Progress SuperPAC who sent out the phony Green Party mailer:

So, basically the Michigan Republican Party created a trail of hastily formed SuperPACs which they funded in order to pay for mailers promoting a Green Party candidate in an effort to take away votes from Gretchen Whitmer.

It’s bewildering, probably illegal, and most certainly unethical. It’s also a clear and unmistakable sign of utter desperation. But, most of all, it is, pure and simple, disgusting.

By the way, the Green Party candidate involved here, Jennifer Kurland, is NOT pleased about this:

Thank you for bringing this to our attention. This is not authorized by our campaign. We do not accept money or anything else from PACs, Super-PACs, etc.

The Arizona Republican Party is sending mailers to Democratic voters tying the Green Party nominee in the state’s crucial Senate race to Sen. Bernie Sanders (I-Vt.) in what appears to be an attempt to persuade liberals to support her over Democratic Rep. Kyrsten Sinema.

The Green Party candidate, Angela Green, endorsed Sinema earlier this week. Sinema is in a tight race with GOP Rep. Martha McSally to replace retiring GOP Sen. Jeff Flake, and a Democratic victory in the close contest is essential to Democrats’ slim hopes of winning control of the U.S. Senate.

The mailers, which include an Arizona Republican Party authority line, are framed as an attack on Green and picture her next to Sanders. “Angela Green and Bernie Sanders are too extreme for Arizona,” the mailer reads, before pointing to Green’s “Sanders-style agenda” of Medicare for all, marijuana legalization, higher taxes on the wealthy and a 100 percent green energy mandate.