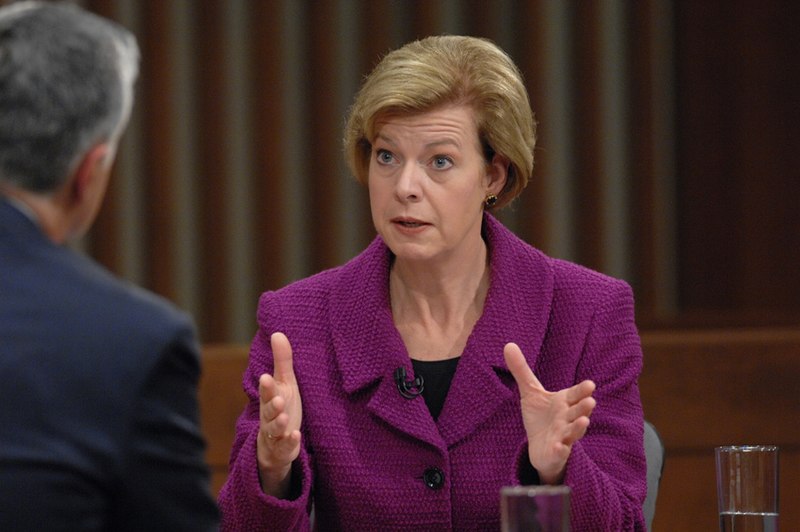 You can’t clone Jon Tester or Joe Manchin. And you probably wouldn’t want to or you’d get a bunch of mini-Manchins shooting holes in whatever happens to be the least popular policy of the moment.

But we may want to clone Tammy Baldwin.

In addition to the biggest Democratic House wave since Watergate, Democratic U.S. Senate candidates’ victories in at least seven states trump won in 2016 — Arizona, Michigan, Montana, Ohio, Pennsylvania, Wisconsin and West Virginia. And this may be the promising sign from the midterm elections as we look ahead to 2020 — especially when you consider that Republican Senate candidates won zero races in the states Clinton carried.

However, despite these wins, Trump is still has “a very good chance of winning a second election,” argues Dr. Benjamin Waddell. He credits this advantage to the current White House occupant’s “demographic advantage,” which is a nice way of saying the states likely to decide the next presidential race are filled with a lot of white people.

His analysis is complicated by what actually happened in these states on November 6th.

Democratic gubernatorial candidates in Michigan, Pennsylvania and Wisconsin also won with, respectively, 53.3, 57.7 and 49.6 percent of the vote. These three states gave Trump his slight, fluke electoral college “win” in 2016, as he pulled in just 47.5, 48.2 and 47.2 percent of the vote. So Trump’s party lost three governors races and Senate races in the three states he needs for reelection.

And one Democratic candidate for Senate — Tammy Baldwin — actually got 66,620 more total votes in an off-year year election than Trump did in a presidential year. That’s almost three times Trump’s 22,748 margin of victory over Clinton in the state.

These are states where Trump is popular and Democrats are not — and they have not been for a while. Trump is far more unpopular in Michigan, Pennsylvania and Wisconsin, mostly because he was never that popular here and only eeked out wins by depressing the vote and giving voters the false impression that it was safe to vote third party. But Waddell is right to note that Trump and the GOP’s hold on the whiter states of America is tight and unlikely to be broken by current political trends.

What’s also worth noting is that while Trump’s racist anti-immigration policies, which sparked a backlash in the suburbs, fare far better in these less diverse states, Democratic policies are also very popular with these mostly white voters. And it’s not just Medicaid expansion, which keeps seeping into red states.

Winning these voters over is definitely possible while still firmly rejecting Trump’s nativism, but it does require Democrats recognizing that Republicans haven’t just gerrymandered our electoral maps, they’ve gerrymandered our language.

The word “conservative” is almost synonymous with “Christian” in many parts of America. Just saying “small government” invokes an entire worldview complete with some of dog whistles that invoke America’s worst traditions.

This is no accident. This ceaseless brainwashing is built on the conscious effort of half a century of some of the most successful, invidious marketing ever.

For hard core racists, nothing a party that stands for a more inclusive America says can win them over — but few Americans admit to this sort of racism, even to themselves. Instead the scam of conservative marketing creates a culture that traps tens of millions of Americans into a political movement that’s determined to work them until they die.

Democrats can mock or shrug away the power of metaphor and repetition but then we’re just denying science — the science of how brains work.

In the latest FrameLab podcast, pioneering linguist George Lakoff makes the case that Democrats need to repeatedly invoke their values so voters can understand how progressive policies hang together in a coherent worldview.

What values do Democrats offer voters? Lakoff nails it down to: In a democracy, you need a government that is of, by and for the people. And private life depends on public resources. Listen to the whole show to understand why this matters so much.

And while Democrats shouldn’t clone John Tester or Joe Manchin and their more conservative appeals to extremely Republican states, they have to look at what Tammy Baldwin pulled off in 2018, handily winning a swing state ripe with voter suppression whose voters are nearly 9 in 10 white.

Targeted early with millions in outside spending by the Koch network, Baldwin ran as pragmatic progressive favoring Medicare for All along with other methods of expanding Medicare and our current health care system. And while Medicare for All isn’t itself a statement of values it does summon to mind one of the most popular Democratic policies in American history and a key differentiator between the two parties — only one is “for all.”

I’m not saying this is the simple solution to Democratic expanding their appeal. I’m just saying Tammy Baldwin is definitely on to something and we should probably figure out what it is.