When the GOP loses their bets, they use their gerrymandered majorities to make workers to pay 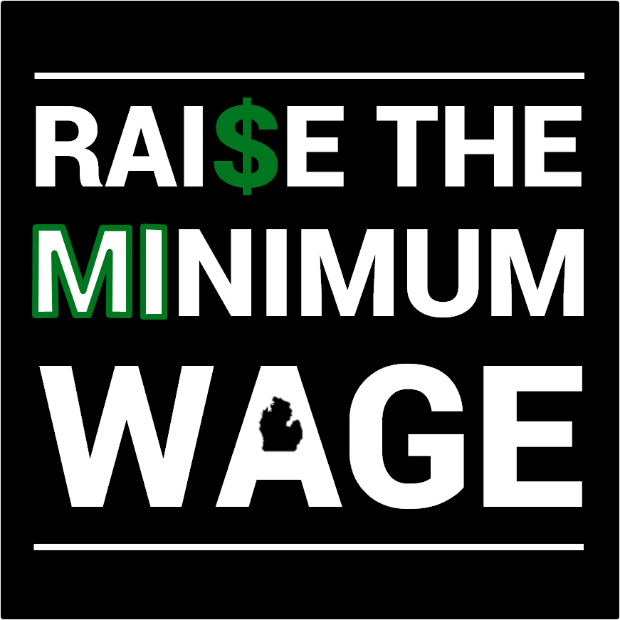 UPDATE, 12/4/18: Michigan’s GOP-controlled House has voted to gut both the One Fair Wage minimum wage increase and earned sick leave. The bills now go to the desk of the governor.

If you wonder how that’s going to go, the Detroit Free Press reports, “Gov. Rick Snyder worked on the bills with the House and Senate, but has not said yet whether he will sign the bills.”

Here’s what you can do to ask Snyder to do the right thing, which is unfortunately the one option we have at this moment.

An amendment to the minimum wage increase passed earlier this year to deny voters a chance to vote on the citizens-backed initiative — Senate Bill 1171 — will add eight years to the deadline for increasing the minimum wage to $12, from 2022 to 2030. Tipped workers will be hurt most, with their pay capped at $4 an hour.

Companies with less than 50 workers will exempted from any paid sick leave under Senate Bill 1175 and the amount of required leave will be cut in half from 72 to 36 hours. It will also take hundreds of hours of work longer to accrue these few days of leave as employees must work 40 hours to earn an hour of leave instead of the 30 established in the citizens-backed initiative established.

“I think one of the most troubling things is they dropped the bills the day after the election,” Senate Minority Leader Jim Ananich, D-Flint, told the Detroit News. “So obviously they had these bills in the works all summer long and didn’t have the courage to show the voters what they were planning on doing.”

The goal here is to deny workers what they’ve won regardless what the Michigan Constitution says.

Make sure you contact your state House Representative today and tell your rep to leave the minimum wage and sick leave bills alone. You can do that HERE.

By passing citizen-initiated proposals that would raise the minimum wage and require paid sick leave into law before they could end up on the ballot, they assumed they would keep voters home and leave themselves the chance to “amend” both pieces of legislation in a lame duck session using their illegally gerrymandered majorities.

They lost the first bet, badly. Republicans lost more state constitutional offices in one election than at any time since at least 1938. Now it’s our job to make sure they lose the second bet.

Senate Republicans are in the process of gutting the minimum-wage increase by taking the “fair” part of the One Fair Wage that activists and nearly 500,000 Michiganders supported.

By slashing the wage for restaurant workers, Republicans want to return to a “tipped wage.”  Restaurant Opportunities Centers United (ROC United) calls this practice “a legacy of slavery,” noting that it punishes “a mostly female workforce of tipped workers in the US struggles with the highest rates of poverty and sexual harassment because they must tolerate inappropriate customer behavior to feed their families in tips.”

Gutting it endangers these workers and the way Republicans are going about it is clearly “unconstitutional,” says Pete Vargas, High Road Director at ROC United.

“This is a subversion of the democratic process,” he said. “And it will just result in costly time-consuming court challenges.”

Voters could well win this legal given a 1964 opinion from then Attorney General Frank Kelley who wrote that amending a citizen-initiated proposal in the same session it was adopted would violate the “the spirit and letter” of the state Constitution.  And while special interests opposing higher wages, including the Michigan Chamber of Commerce and the Michigan Restaurant Association, can afford to wait out the courts, workers can’t.

Vargas estimates that the law as written would be an economic stimulus that would benefit about 25 percent of all working families in the state, sending $3.1 billion to 1.2 million workers. And it would also remove the power imbalance that leaves restaurant workers constantly at risk of harassment.

“Workers should be getting paid by employers, not the consumers,” Vargas explains.

By making tipping a reward for good service and not something workers need to survive, everyone does better. One Fair Wage has been fighting to remove the two-wage system and the exploitation that goes along with it and in the seven states where it is law, several of which have had one wage for decades, the group has found that none of the scaremongering about raising wages comes true.

This finding is consistent with a recent study “The effect of minimum wages on the total number of jobs” that finds minimum wage increases raise wages work, raising wages and creating higher-paying jobs that replace lower-paying ones:

Using variation in state minimum wages in the United States between 1979 and 2016, we find that, on average, the number of missing jobs paying below the new minimum during the five years following implementation closely matches the excess number of jobs paying just above minimum. This leaves the overall number of low-wage jobs essentially unchanged, while raising average earnings of workers below those thresholds.

At moments like these the conservative belief in low wages is laid bare along with Republicans disrespect for direct democracy.

But “the knife cuts both ways,” Vargas warns.

Republicans would be creating a dangerous precedent for the citizens-initiated proposal process while taking a stand they know voters would reject.

What can you do about it?

This is all happening fast.

Contact your State Senator immediately and let them know you want One Fair Wage as it was passed into law. And if you can be in Lansing on November 28 to make the case on behalf of a half million Michiganders or want to be part of this effort to save what workers have won, contact Pete at ROCUnited dot com.