The following essay was written by Ben Zylman who lives in Michigan’s 6th Congressional District and is “represented” by Congressman Fred Upton. I use quotes around “represented” intentionally and you’ll come to understand why when you read Ben’s piece.

I’m not the kind of person who ever thought I’d write a political opinion piece. For years, I paid little attention to politics unless it was front page news for days on end. But, things change and here I am writing to tell you my story.

I hate to admit it, especially to friends who have been active and involved for years, but I never even voted much. Sure, I voted in 2008 because I was excited by the Obama campaign and believed in his message of hope and change. But that didn’t mean I voted straight ticket. As a matter of fact, I voted for Congressman Fred Upton because I had heard about him from neighbors and he seemed like the kind of guy who would represent us well.

Well, things sure changed quickly. I thought Upton would be the kind of person who would put party labels aside and work to get things done – especially on health care. Our district leads the way on health care, from the inventions of Homer Stryker to Upjohn and, today, Pfizer this area has led the country on health care innovation. I thought Fred Upton would surely cross the aisle and help find a bipartisan solution to our health care problems. I was sadly mistaken.

Instead, Congressman Upton sat on his hands while we became bitterly divided over an issue that should be non-partisan. But, Upton couldn’t be bothered to try and then he got even worse. As a matter of fact, Upton changed even more. 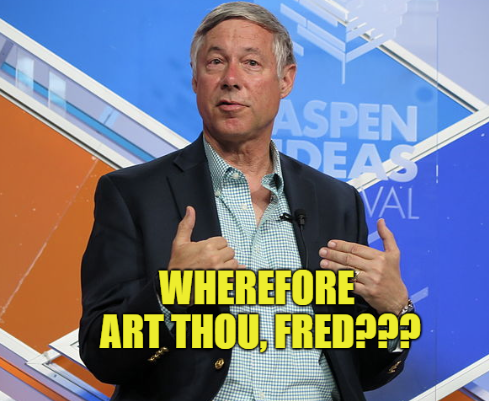 Last year, I was shocked when I heard Congressman Fred Upton was not just supportive of repealing the Affordable Care Act but was the leader of the charge to rip health care away from people with pre-existing conditions. This is not the kind of person I knew Fred to be. Sure, he may support his party, but he had never been a far-right extremist before. “Oh Fred, wherefore art thou?”, I thought.

That was the last straw for me. I would no longer skip elections and I would, in fact, get involved. Since last year, this former apathetic voter has been heavily involved in retiring Congressman Upton. I don’t think he represents our values any longer and certainly doesn’t deserve our vote.

Upton’s actions on health care would be enough to start planning his retirement party, but then I found out he voted for the Republican tax bill that gave nearly all the benefits to the wealthy. I mean, I know Upton is wealthy and benefitted greatly from this bad legislation but it just didn’t seem like he used to be that way.

Then I found out that Upton has voted with President Trump a whopping 95.5 percent of the time. That’s far from an independent voice for our district and not the person I voted for a decade ago. He’s just not the same old Fred we used to know.

Maybe Fred has lost touch with us because he refuses to hold town halls. I was shocked when I found out it has been over 3,150 days since he held a town hall. You read that right, Upton has not met with us since February of 2010. A whole heck of lot has happened since then, but Congressman Fred Upton hasn’t had time to check in with us and see where we stand. That is taxation without representation in my opinion.

Editor’s note: Fred Upton is vulnerable, no matter what the Very Serious Political Pundits™ tell you. He is so vulnerable, in fact, that the Democratic Congressional Campaign Committee (DCCC) has begun running ads against him starting today. And Upton has a terrific Democratic challenger this cycle: Matt Longjohn. You can donate to his campaign HERE.