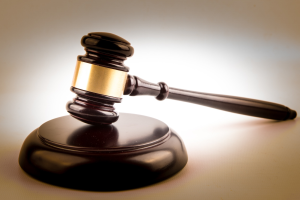 After receiving the good news last month that a federal judge had commanded the Michigan Secretary of State to allow for straight-ticket voting, yesterday we got bad news: A three-judge panel of the 6th District Court of Appeals ruled 2-1 that the ban on straight ticket voting could remain in place for the November election. The result, of course, is that this will lead to long lines and, in under-served communities — most frequently those with high minority populations that trend more Democratic — this may lead to lines so long that some folks are simply not able to vote. In other words: VOTER SUPPRESSION.

The Republican-dominated state legislature also passed two bills that, had they chosen not to act on them, would have appeared on the November ballot. One was the “One Fair Wage” ballot proposal and the other involved paid sick leave. While the passage of these bills might, at first glance, seem like a victory, Republicans have made it abundantly clear that they intend to undo most of what these bills accomplish to help workers in the lame duck session. This is the so-called “approve and amend” or “undo and screw” or “bait and switch”. In other words, they are going through the motions to pass these with the publicly-acknowledged intent to undo them in a few months before they take effect. Had they been approved by voters, it would have taken a three-quarters vote to undo them. By passing them, they only need a simple majority of 50 + 1.

Let’s face it, there’s nothing Republicans fear more than democracy and fair elections.

In both of these cases, the importance of the judiciary is jolting. The 6th Circuit Court is two-thirds Republican appointees and four of them were appointed by Donald Trump. Although none of Trump’s picks were on the three-judge panel that decided this case, one of his picks replaced a Democratic nominee and his selections ensure the 6th Circuit Court of Appeals remains heavily dominated by Republican-friendly judges. Organizers for the One Fair Wage proposal have announced their intention to sue to put their initiative on the ballot. This means it will very likely end up in the hands of the state supreme court where Republicans dominate, as well.

When you vote in November, be sure not to skip the nonpartisan section. Go there and vote for Sam Bagenstos and Megan Kathleen Cavanagh for state supreme court. We talked at length about this with Sam on The GOTMFV Show podcast this week so please be sure to check it out. It’s no hyperbole to say that Sam is a civil rights hero and both he and Megan will change to face of the supreme court in important ways. And drop them a donation while you’re at it. It is just so unbelievably important.