If Brett Kavanaugh weren’t lying, Republicans would never have picked him

Ted Cruz has no doubt how Brett Kavanaugh feels about Roe v. Wade– and neither does Susan Collins 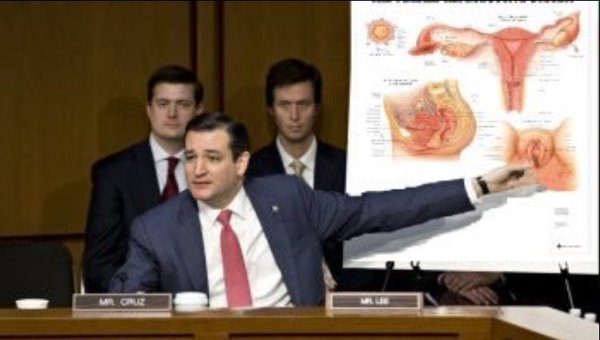 This kind of strategic dishonesty is what the conservative movement has spent half a century perfecting.

But more than anything, Brett Kavanaugh was picked to lie.

Now he may have gone overboard and actually committed perjury. But that’s not the kind of lie he was picked to tell.

The lie that Kavanaugh has been preparing to his entire life to tell is that he doesn’t have a clear opinion about whether Roe v. Wade should be overturned.

The unifying belief of the conservative movement is that Roe v. Wade should be overturned so that abortion should be criminalized. But the right understands how unpopular and untenable professing this belief is to the vast majority of Americans, so conservative scholars have come up with an entire language designed to signal how important ending women’s control over their bodies is without ever having to say the words.

If there were any doubt Brett Kavanaugh is going to do when given a chance to make Roe v. Wade irrelevant, the millions of conservatives would be in the streets. Ted Cruz would be screeching. And Mike Pence would actually be writing anonymous op-eds.

But there’s no doubt, Brett Kavanaugh was picked to lie. Now there is just one question.

Will Democrats will unite against this man to force Susan Collins and Lisa Murkowski to decide if they will betray generations of women and the constituents who believed their promise to support the most important Supreme Court decision about bodily autonomy of the last century?

Call your Senators, every day. Don’t let them let Collins and Murkowski off the hook. And if Susan Collins break his promise to her constituents and vote for Brett Kavanaugh, make sure she never wins another election again.

It's time for Democratic Senators to unite against Brett Kavanaugh. Find out where your senator stands and reach out to let them know you want them to unite to #StopKavanaugh >> https://t.co/qi0vGfweRf

[Image via the great @RobDelaney.]