Michigan Attorney General and Republican candidate for governor Bill Schuette has a new ad out suggesting that his Democratic opponents Gretchen Whitmer and her running mate Garlin Gilchrist are Hamas sympathizers that hate law enforcement agencies. On its face, it’s shitty ad that shows just how desperate Schuette is now that he’s at least 9 points down in recent polling.

But it really goes well beyond and below that. In the ad, you see numerous shots of Whitmer’s face looking unhappy. They’ve been doctored to make her look threatening and scary: 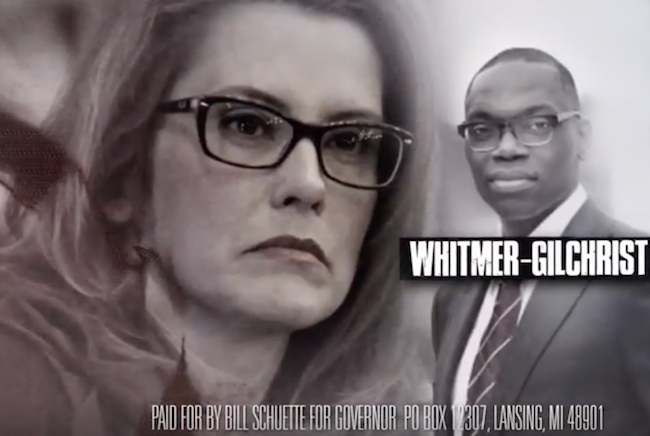 What makes this so contemptible and disgraceful is that, as I have confirmed with Robert McCann, Whitmer’s spokesperson while she was the Senate Democratic Leader, the photo of her in Schuette’s odious ad was taken while she was sitting in her seat on the floor of the senate, watching the now-(in)famous “plan ahead for your rape” rape insurance bill that Republicans pushed through on December 11, 2013: 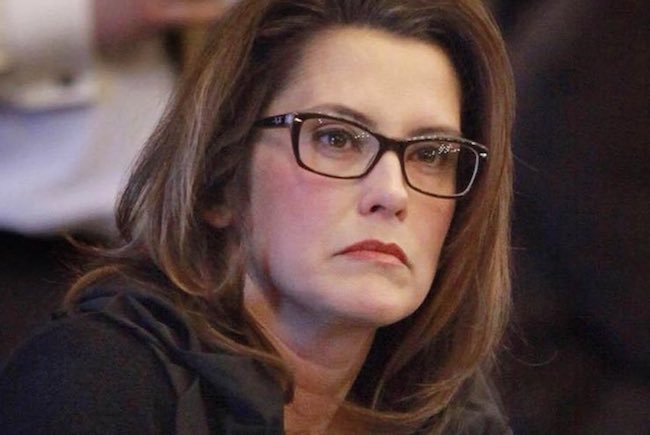 Just prior to that vote on a bill that would require women to get a special rider on their health insurance that would cover getting an abortion in the case of rape, Whitmer gave a powerful floor speech which went viral nationally in which she talked about her own experience as a survivor of sexual assault:

There are people in this chamber who have lived through things that you can’t even imagine. I have a colleague who I was trying to encourage his story, but he’s still grieving. It was a planned pregnancy that went awry and required a D&C. I started to think about that and I thought, “I can’t push one of my colleagues to share a tough story if I’m not brave enough to share one of my own. So, I’m about to tell you something that I’ve not shared with many people in my life. Over 20 years ago, I was a victim of rape and, thank God, it didn’t result in a pregnancy because I can’t imagine going through what I went through and then having to consider about what to do about an unwanted pregnancy from an attacker. As a mother with two girls, the thought that they would ever go through something like I did keeps me up at night.

I thought this was all behind me. You know how tough I can be, but the memory of that still haunts me. If this were law then and I had become pregnant, I would not be able to have coverage because of this.

How extreme? How extreme does this measure need to be? I’m not the only woman in our state that has faced that horrible circumstance. I am not enjoying talking about it. It’s something that I’ve hidden for a long time. But I think you need to see the face of the women who you are impacting with this vote today. I think you need to think of the girls that we are raising and what kind of state we want to be, where you would put your approval on something this extreme.

It’s not surprising that Bill Schuette would go to the gutter. He is, after all, proud of the support he’s getting from Donald Trump, a man who has 19 separate and credible accusations of sexual assault made against him and who has admitted to sexual assault in the Access Hollywood video released during the 2016 campaign. But this sinks to a level even lower than what I thought he was capable of.

The contrast is stark and the choice is clear. Support Gretchen Whitmer today by clicking HERE.