The following essay was written by my good friend Desiree Cooper. Desiree, a badass women’s right activist, was a 2015 Kresge Artist Fellow and Pulitzer Prize-nominated journalist, and is the author of the critically-acclaimed and award-winning flash fiction collection Know the Mother. Learn more about Desiree and her amazing work, activism, and advocacy at DesCooper.com.

Now that Christine Blasey Ford has stepped forward with her allegation of attempted rape against U.S. Supreme Court nominee Brett Kavanaugh, I have to speak up, too. The litany of accusations and indictments of high-profile men who have abused, intimidated and/or assaulted women has become so ubiquitous that I am secretly starting to believe that all powerful men are sexual predators. 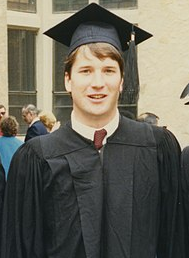 But when I stop to think about it, the Blasey accusations torpedo that assumption. The alleged incident happened 36 years ago when Kavanaugh was far from powerful. The alleged rape didn’t happen because he was an esteemed jurist, it happened when he was a kid.

Perhaps it’s time for a philosophical time-out lest I be accused of the “fallacy of correlation,” something my college statistics teacher warned about. Just because two things keep popping up at the same time doesn’t mean that one is the cause of the other. If we notice that a certain disease tends to run in families, we might conclude that the disease is hereditary. That ignores the fact that families may share the same diet, the same environments, the same customs and folkways—any one of which may be causing the disease. The illness may have nothing to do with who they are, but everything to do with how they behave.

I’m not the only one who following the #MeToo movement who is wondering if power and prominence make rapists of men (and even some women). That is a fallacy of correlation. What the movement is now uncovering is a deeper, more disturbing truth: The brutish, pervasive behavior may not be correlated to power, but to acculturation. Is this a sickness of masculinity itself?

This is not to suggest that every man is a rapist. But it is true that men—powerful or not—are raised with certain assumptions: They are entitled to take what they want when they want it, that certain women deserve what they get, that women like to be roughed up, that women are obligated to satisfy them. That does not mean, of course, that they ascribe to these assumptions or that they act on them. It’s merely the measure by which their masculinity may be defined. 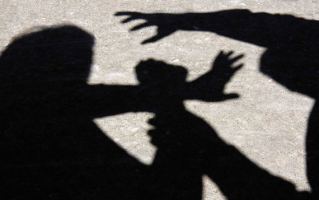 And it also means that women walk through life trying not to be raped. According to the Centers for Disease Control, one in five women experience rape at least once over a lifetime, which is higher than the risk of them developing breast cancer (1 in 8). One in 20 women experience sexual violence that does not constitute rape. Those odds can be higher for different groups of women: younger women, college women, poor women, and women of color, for example. This also does not include the many rapes and assaults that are never reported.

Given this terrifying reality, women are socialized to consider every man as a possible predator, given the right circumstance (e.g., the woman is alone, the woman is drunk, the woman is dressed provocatively, the woman is vulnerable, etc.) We move through the world on high alert, ever-concerned for our safety. Watch your surroundings. Go in groups. Don’t get in the back seat. Keep “mad money” so that you can escape. Call your friends to make sure they get home safely. Watch out for drugs in your drinks.

Before we get in the car we look in the backseat first—even if the car has been our own garage all night. We are nervous when the gas tank drains below half. We park the car near the light post. Walking to and from the parking lot, we hold our keys like a weapon.

At home we lock ourselves in. We’re afraid to be alone in our own houses. Many women are afraid to shower unless someone else is home, unless the bathroom door is locked, unless they have their cell phones with them. I have talked to women who hate to wash their hair in the shower; they are terrified to close their eyes while bathing.

Here’s the point: Contrary to the narrative that #MeToo has laid bare, it’s not that “some” American women are not being preyed upon by “some” powerful men. The truth is that ALL American women live in a culture where men are predators and they are prey. We will not get to the bottom of this epidemic simply by taking down the rich and powerful one by one. Our society glorifies, monetizes, and glamorizes rape culture. A culture that considers it entertainment to watch women running through the woods, shivering and helpless against a male monster. A culture that encourages the belief that violence is sexy. A culture that could allow a high school boy to attack a girl at a party and never remember that it happened. A culture that would force his teenaged victim to spend her lifetime trying to forget.