Against the wishes of his family, John McCain’s words being “weaponized” by Republicans to attack Michigan Democratic candidate Elissa Slotkin 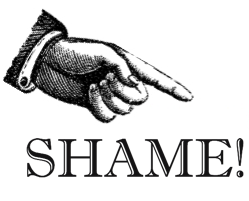 Before the grass has even begun to grow on John McCain’s grave, Republicans have gone back in time and pulled footage of him challenging Elissa Slotkin during her confirmation hearing 2014.

The McCain family is rightfully disgusted:

The family is disappointed that John’s image is being weaponized this election cycle so soon after his passing, and they had hoped there would be a more appropriate amount of time for people to think about his final message before they began to politicize him.

The ad was put out by the National Republican Congressional Committee which is freaking out that their incumbent candidate, Mike Bishop, is heading toward being unseated by Slotkin who is running a stellar campaign.

The ad came out the same week that Slotkin, who served three tours in Iraq, picked up key endorsements from several high-profile national security figures:

Slotkin also got the endorsement of Lt. Gen. Doug Lute, former deputy national security adviser for Iraq and Afghanistan and former U.S. permanent representative to NATO, who said he hired Slotkin to work for Bush’s White House in 2007.

I fully endorse Elissa Slotkin for #MI08. I knew Elissa to be truthful and honorable including the many occasions she briefed the Senate. I loved John McCain but disagreed w/him at times & his opposition to Elissa was one such time.

In response to the NRCC’s ad, Slotkin was frank:

Slotkin last week praised McCain, who died in August, as an American hero and an advocate for U.S. service members.

“During my confirmation hearing, Sen. McCain was doing his job. He was asking tough questions about the administration’s policies and our military’s posture in Iraq,” Slotkin said in an interview.

“And I was doing my job. I was representing the decisions of the commander in chief and keeping my best professional advice to the president in confidence.”

Slotkin added: “To be frank, my personal opinions differed from the president’s at the time, but I took my obligations to my role very seriously.”

Slotkin released an ad herself this week, a raw look into her life with her mother who died from ovarian cancer in 2011. Her mother went without health insurance for a time because, as a survivor of breast cancer, her preexisting condition made insurance unaffordable.

It’s a powerful ad that holds Mike Bishop accountable for his votes to dismantle the Affordable Care Act and end protections for people with preexisting conditions:

Slotkin’s race shouldn’t even be close but she’s turned it from a solid Republican seat into a “toss-up”. With YOUR help, she can send Mike Bishop back to being a pocket lint wrangler for millionaire Matty Moroun. Make a donation HERE.

UPDATE: I just noticed that the ad attacking Slotkin uses our very own podcast “The Sit and Spin Room” (now called “The GOTMFV Show”) as a source though it’s unclear what it’s actually a source of: 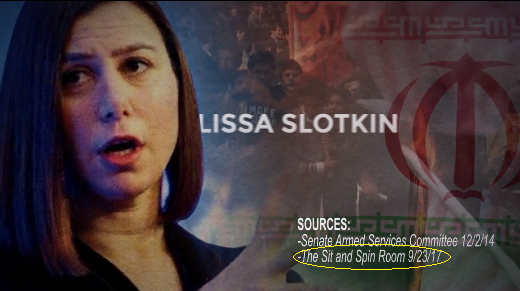 That interview with Elissa is HERE.