Michigan Republicans are terrified of the impending blue/pink wave that is about to run them over in our state and across the country. Starting with the Women’s March in January of 2017 and continuing with the March for Science, the March for Our Lives, and the rise of the Indivisible and #Resist movements, millions of people who had never paid attention to politics are rising up to claim our country back from those who disgrace it with their sexism, racism, misogyny, xenophobia, corporatism, and hate. These new members of the #Resistance are speaking up, speaking out, and getting to work to change our country for the better. 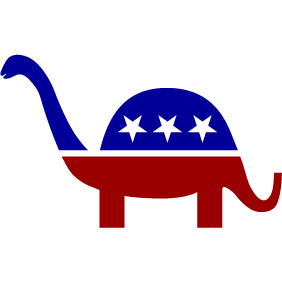 Meanwhile, Republicans cling to the same approach they’ve always used: Divide groups against each other based on race, socioeconomic status, gender and gender identity, and sexual orientation while promoting the donor class through mammoth tax breaks, killing off of environmental and workplace protections, and using voter suppression to marginalize anyone but the very wealthy.

But something very curious is happening. In their panic in the face of this wave of newly-woke, newly-engaged citizen activists, Republicans in Michigan are doing something we rarely see them do: They are using OUR language, OUR framing, and OUR message in their arguments:

Michigan Republicans are now running on the platform “Results Not Resistance”.

As Gil Duran explained in detail on The GOTMFV Show podcast this week, when you’re opponents are using your framing and language, you’re winning.

Gubernatorial candidate Bill Schuette and the Republican running against U.S. Senator Debbie Stabenow (yeah, I can’t remember his name, either) are touring the state in a giant bus with the statement on the side for their “Results Not Resistance” tour and the Michigan Republican Convention last weekend featured it prominently from the main stage: 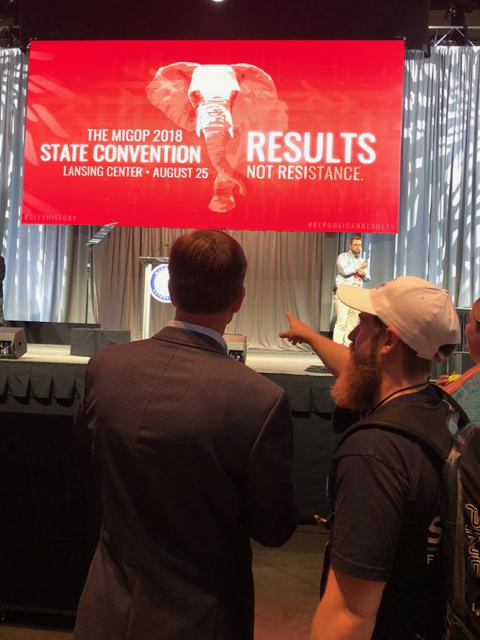 This morning I received the second of two emails sent out recently from the Michigan Republican Party that promotes a t-shirt with their new mantra: 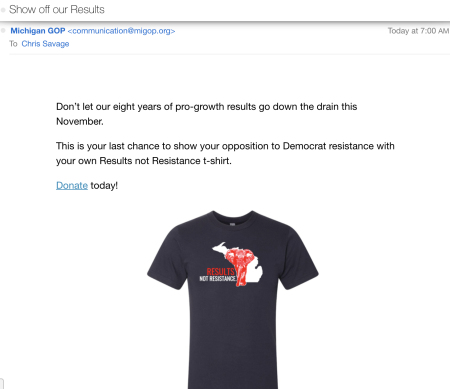 Aside from the fact that the shirt’s image resembles an angry, red, flaccid penis flopped across our state, their new tagline references the #Resistance itself and asks us to look at the Republican “results” in Michigan. Things like:

The Republican legacy in Michigan is NOT one to be proud of but that’s where they want us to focus. And, in the process, they are disparaging people new to the political process who consider themselves part of the #Resistance.

I’ve said it before and I’ll repeat it here: The “blue wave” is not a certainty. It is something we ALL need to participate in to make it a reality.

So, each day you wake up between now and Election Day, ask yourself, “what am I doing to #BeTheBlueWave?” Connect with the campaign of your favorite candidate(s). Make donations. Volunteer your time to knock doors and make calls to other voters. Work to pass one of the many progressive ballot proposals that we’ll vote on in November. Connect with your local Democratic Party organization and find out how YOU can help. Don’t let this moment in time pass you by without being part of victory in November.

Republicans may want to shit on us and diminish what we stand for but, this year, more than ever before, we have the numbers and the power to make REAL change.

And know this: They are scared and they are panicking. And the are using OUR language and OUR frames. That’s how you know we’re winning.

I’ll end with this perfect summation of the Republican message from Eclectablogger Susan J. Demas: