Grab them by their vulnerable seats

Don’t get mad; get the House back 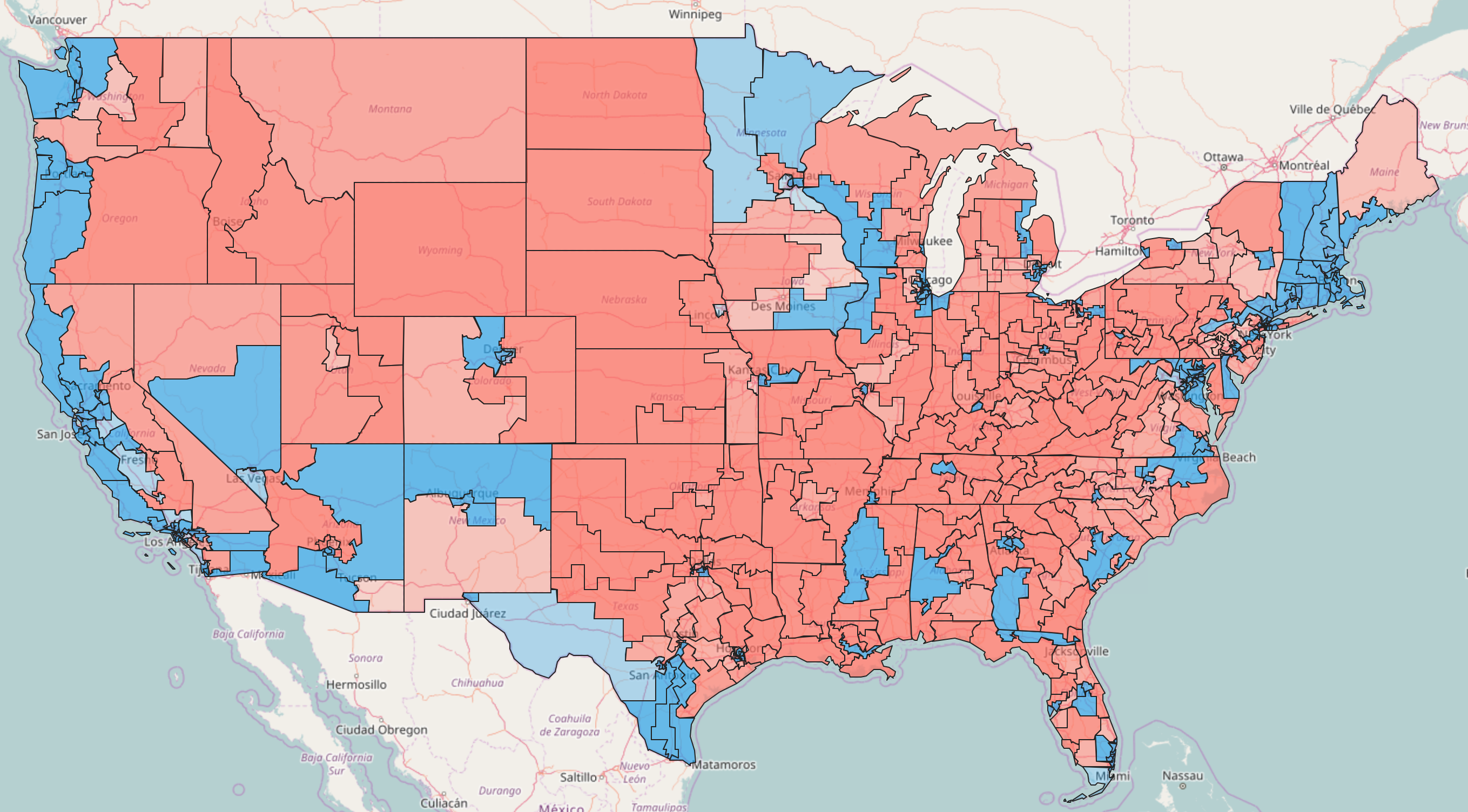 Toss Up Republican Districts Most Likely to Flip
(There are 27 total Republican toss-ups according to The Cook Political Report, which would be enough to take the House. 22 nominees listed. Primary winners to be added from Florida, Minnesota, and Washington.)

If you can, give. Then give again whenever you get mad or feel powerless or just don’t want to look back on November 7th and recognize we still have Donald Trump and a Republican Congress that will never hold him accountable, even if he loses reelection and won’t leave office.

How did we get Donald Trump?

It’s pretty simple. No one bothered to stop him. At every moment when people — from his dad to his bankers to NBC executives to Melania Trump to this GOP Congress — had the power to check Trump’s noxious behavior, they patted him on his privileged posterior instead.

Americans now, again, have the choice whether Trump will be rewarded again for his corruption, calumny and conspiracy against America.

Right now, even more important than accepting the things we cannot change until we get power back (like gerrymandering, horrid campaign finance laws, voter suppression and hacking) is the courage to change the things we can. And the good news is that people like you are stepping up.

Whitney Wilson, a 43-year-old college professor who hadn’t paid close attention to politics before 2016, has become one of the 3.7 million contributors who have given more than $1 billion to candidates or progressive causes in 2018 through Act Blue.

“You can be reading Twitter on your phone, get mad, click on a link and you’ve donated again,” she told USA TODAY.  “It’s very easy anger management.”

Not everyone can afford to toss off cash whenever their blood boils, sure. Volunteering to knock on doors is singularly effective and necessary. And anything you can do to spread your candidates’ messages while not helping to spread Trump’s messages is better than any of his enablers have done.

But if you can give, it is easy. And you should give directly to candidates you support on an ongoing basis if possible because this helps them a) get lower TV ad rates and b) plan their efforts over the next three months.

We’re not judging any of these candidates, who have all won the Democratic nomination. But to have any hope of taking back the House, we need to make sure almost every one of the most vulnerable Republicans on the ballot loses.

I’d argue you should support these nominees simply based on Beutler’s Compromise that I think works for most anyone on the left: Support the most progressive candidate in any race, primary or general. And believe me, all of these candidates are more progressive than anyone who will back Jim Jordan or Kevin McCarthy for Speaker of the House.

So if you can give and you understand how important it is to retake the House and apply some basic checks and balances to the most corrupt and compromised administration most of us have ever lived through, here are the candidates that have the best chance of taking a GOP House seat.