From which possible criminal conspiracy did Donald Trump get the $66 million for his campaign?

We know at least two criminal schemes helped elect Trump, but that’s just the beginning of the crimes 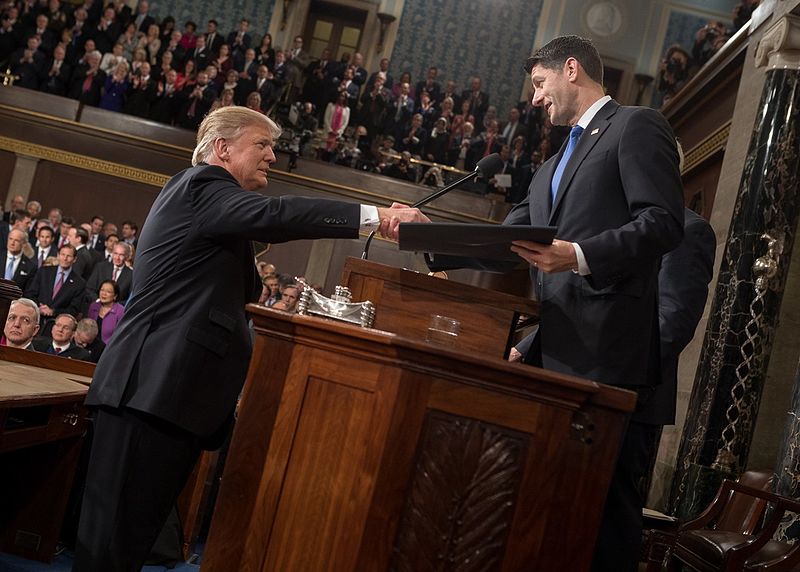 Here’s a statement from WIRED‘s Garrett M. Graff that sobered me up after Orange Tuesday, when Donald Trump’s former personal lawyer directly implicated him in a crime within hours of Trump’s former campaign manager being convicted of eight felonies:

At least two separate criminal conspiracies helped elect Donald Trump president in 2016, one executed by the Russian government, another by Trump’s personal lawyer.

And there’s a third possible criminal that has not yet resulted in any convictions or guilty pleas but may be as or even more consequential given that Donald Trump ended up putting $66 million of his “own” money into his 2016 presidential campaign. This was far short of the $100 million he promised but given that his win was one of the narrowest in American history, that money is likely directly responsible for him being in office today.

The “third conspiracy” involves the everyday business of the Trump Organization, which the New Yorker’s Adam Davidson once called a “Business of Corruption,” noting:

So many partners of the Trump Organization have been fined, sued, or criminally investigated for financial crimes that it is hard to ascribe the pattern to coincidence, or even to shoddy due diligence.

That there was a never any thorough look into Trump’s ties with organized crime and foreign money laundering during the campaign. This giant question mark was often tied to Trump’s tax returns, which he didn’t release, breaking with a standard that has existed for major party presidential nominees since Richard Nixon was caught underpaying his taxes. But only a real investigation of his various businesses could possibly hope to unveil the sources of his personal wealth, which is supposed to be in the billions despite multiple bankruptcies of his businesses, the fraud settlement for Trump University and his current passion for running the presidency like an Emolument’s Clause-busting multi-level marketing scam.

And there seems to be a real investigation ongoing.

In the span of one week, we learned that the Office of the U.S. Attorney for the Southern District of New York had both secured a guilty plea from Trump Organization lawyer Michael Cohen and offered an immunity deal to the company’s chief financial officer, Allen Weisselberg. President Donald Trump should be worried. Once the Southern District gets its jaws onto a string of crimes, it doesn’t let go.

Weisselberg’s usefulness then is almost certainly in areas beyond the Cohen case — in any investigation into criminality in the Trump Organization. That could take many forms. The Southern District could explore money laundering crimes, tax evasion, or bribes of foreign officials or governments, which are illegal under the Foreign Corrupt Practices Act.

This investigation doesn’t have to reveal that the funding of Trump’s campaign was ill-gained to hit him where it hurts.

“Current Department of Justice guidelines say a sitting president can’t be indicted,” Feldman notes. “But they don’t say anything about indicting the president’s business.”

Maybe Trump’s businesses, despite appearances, are entirely legit. That still leaves the conspiracy the Russians ran with his campaign’s assent and the conspiracy Trump’s lawyer ran with Trump’s direct knowledge, according to Cohen’s plea in court.

And there’s still another conspiracy that makes this all possible: Conservatism.

Conservatism has blown away all constraints on campaign finance allowing unlimited, anonymous donations to campaign while adding ever increasing burdens to voting and fair representation. Conservatism just passed trillions in giveaways to the richest who have never been richer as there has been “NO wage growth for the median worker since 1979, and wages have actually fallen for those in the bottom 20 percent.” Conservatism is erasing protections for consumers, which results in massive subsidies for the financial industries and polluters.

Taxpayers won’t be able to ignore the trillions that climate change will eventually cost us all. This is why we have an obligation to state making the stakes of these decisions much clearer. Climate change is the problem, but climate theft is what’s going on.

It isn’t harmless when Paul Manafort gets away with massive financial fraud. “Unprosecuted tax evasion is awful, not just because it directly takes money away from the public, but because it incentivizes and rewards bad business practice,” Davidson notes.

If conservatism hadn’t laid the groundwork for Trump’s corruption, none of these other conspiracies would be possible. And as the indictments get handed out, we must make it clear that this is all an indictment of a system that lets men like Trump, Cohen, Manafort and Weisselberg think that they’re untouchable.

And that system is propped up largely by the success of conservatism.

If Trump gets away with this, this will just be another example of how those who steal thousands spend their lives in jail while those who steal billions run the world. But there’s also a chance that he can help expose not just the criminal conspiracies he personally engaged in but the ones he, and we, take for granted.