BREAKING: “Trump Is A Snob Who Secretly Despises His Supporters,” and other surprises 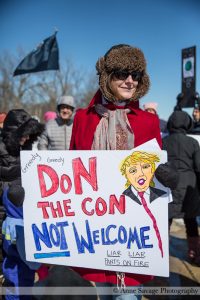 Maybe it’s because I grew up in New York State, where Trump was always in the news as a sort of D-list “celebrity”/grifter/con man with a talent for attracting publicity if not a great deal of respect–but no one I knew back then ever really took the guy seriously. And we certainly didn’t see him as anything other than a blowhard self-promoter, who was willing to change his “political beliefs and values,” such as they were, if doing so could make him even a dime more of profit.

Or maybe it’s because I was taught as a young child to “believe little of what you see, and none of what you hear”, and to be naturally skeptical of persons who seem a little too slick, or talk a little too fast, and don’t seem to ever really answer your questions.

Or maybe it’s because there were lots of characters like Trump floating around New York in those days–guys that either had a talent for making money by deceiving others, or inheriting it, or had a thirst for the limelight–or like Trump, all of the above.

In any event, at the risk of appearing to be an “elite snob,” I still find it hard, if not impossible, to believe that anyone believes a word of what Trump says. Or that anyone really believed that a guy who has never exhibited a shred of interest in anyone but himself and his own self-interest could suddenly become some sort of “champion of the common man,” or a defender of the American working class.

As my students would say, “duh.”

The guy at the carnival doesn’t respect the rubes who think they can win the big stuffed animal by throwing darts at a crooked target–he thinks they are stupid, and he’s just bantering with them to trick them into spending more money.

The used car salesman isn’t your friend trying to get you “a great deal” on that 1997 Saturn with the blown gasket and shifty transmission–he thinks you’re stupid, and is pretending to “call his manager” who’s in on the scam, and is more than happy to fleece you for every dollar you’ve got. 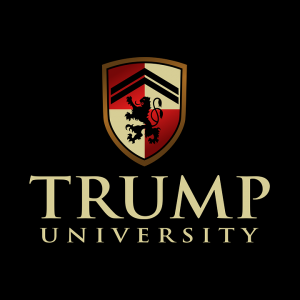 And the guy who opens up a fake “university” and has the chutzpah to name it after himself and slap his name over the door in giant gold letters isn’t a selfless advocate for continuing education who is dedicated to sharing his knowledge of the business world with his “students”–he’s nothing more than a common grifter running an elaborate, audacious con, who was positive that because he had an “Ivy League degree” he was so much smarter than the poor suckers he was duping that no one would ever get wise to just how badly he was duping them.

And I’m still struggling to understand how a columnist for New York Magazine would be given the space to opine the radical notion that Trump is…gasp!…”A Snob Who Secretly Despises His Supporters.”

Because a lot of us have always known this to be true…and we can only hope that the rest of us will figure it out eventually.