Earlier this week, the Democratic candidate for Michigan’s 8th Congressional District, Elissa Slotkin, released a powerful television ad titled “Service”. In it, Slotkin emphasizes her service to the country while serving her overseas tours in Iraq. “I joined after 9/11, did three tours in Iraq, and took the safety of our troops and our homeland personally,” Slotkin says in the ad. “For me, service was working for two presidents, one from each party. I approve this message because we need members of Congress who remember it’s about service to country, not themselves.”

Meanwhile, her opponent Mike Bishop spent his time posting a meme on Facebook suggesting that Americans who share news stories he doesn’t agree with should be killed by drones: 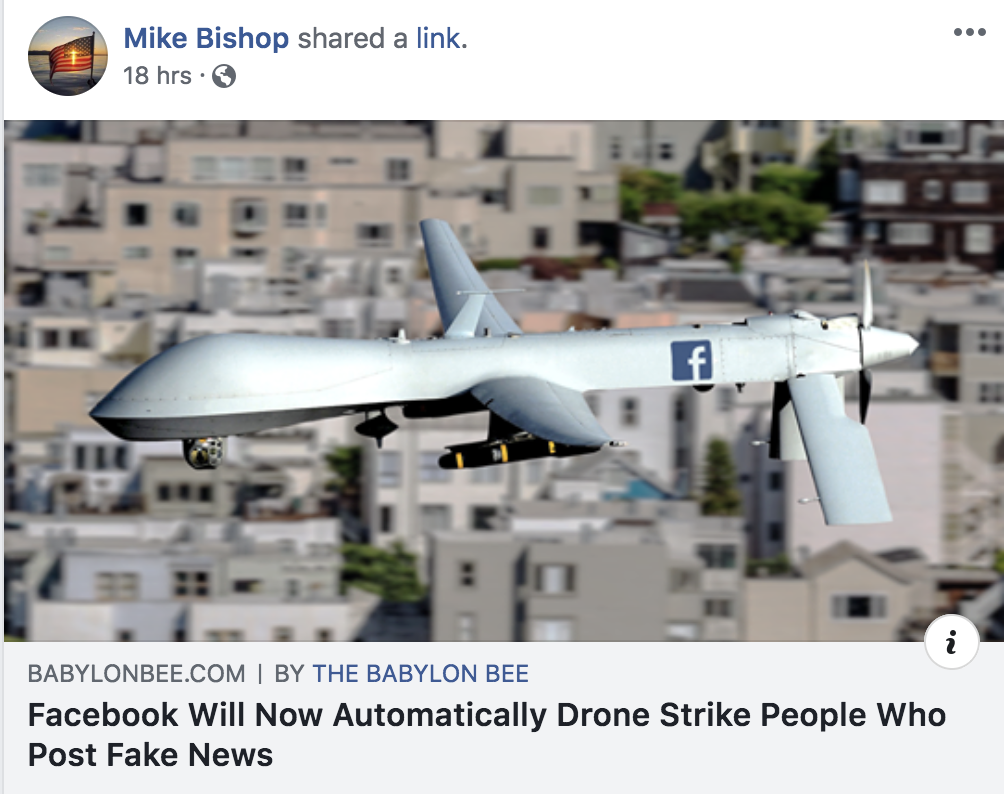 He also shared on his Facebook page a widely-debunked “news” story that contends Google is manipulating search results to favor Democrats: 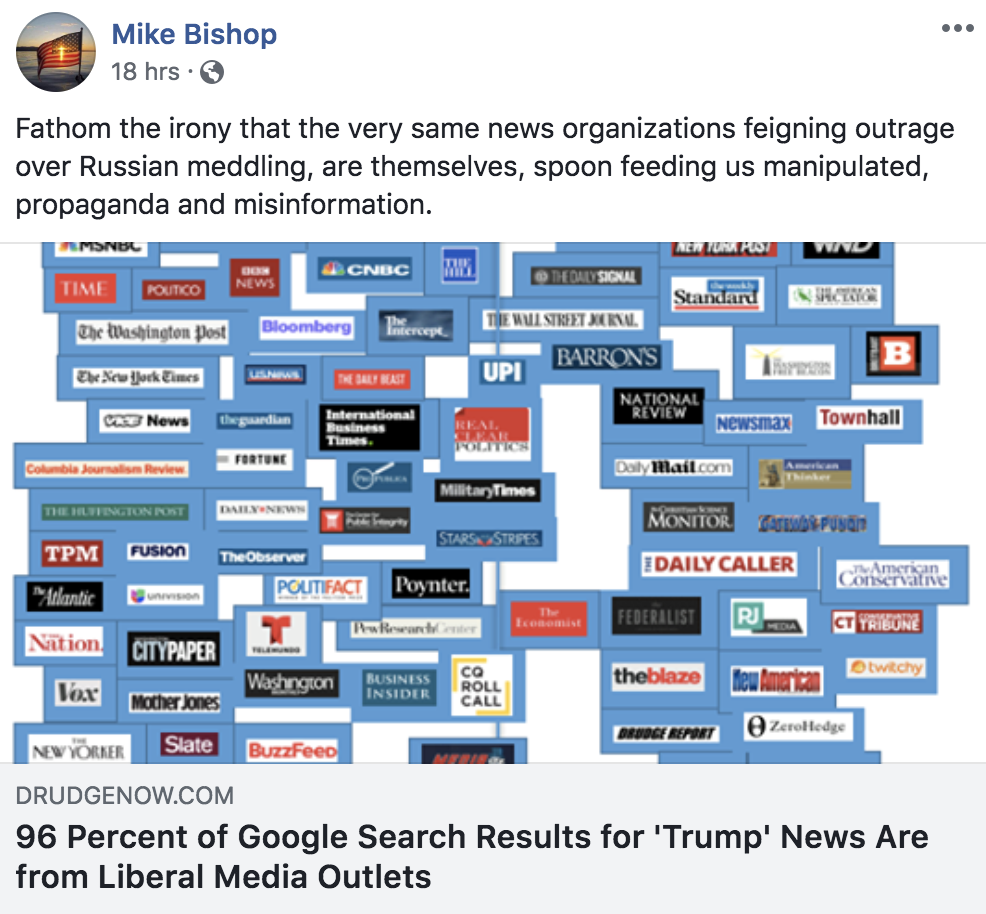 Bishop is well-known to for being the top pocket lint wrangler for multi-millionaire Matty Maroun and for cashing in on his position as a member of Congress.

So much for “service”.

Bishop is so afraid that voters will come to know him for his anti-worker and pro-gun stances that he scrubbed mention of them from his website when he launched his reelection bid.

Bishop is also all-in for President Trump and wants him to fire United States Deputy Attorney General Rod Rosenstein in order to obstruct the Special Prosecutor’s investigation into Trump’s criminality: 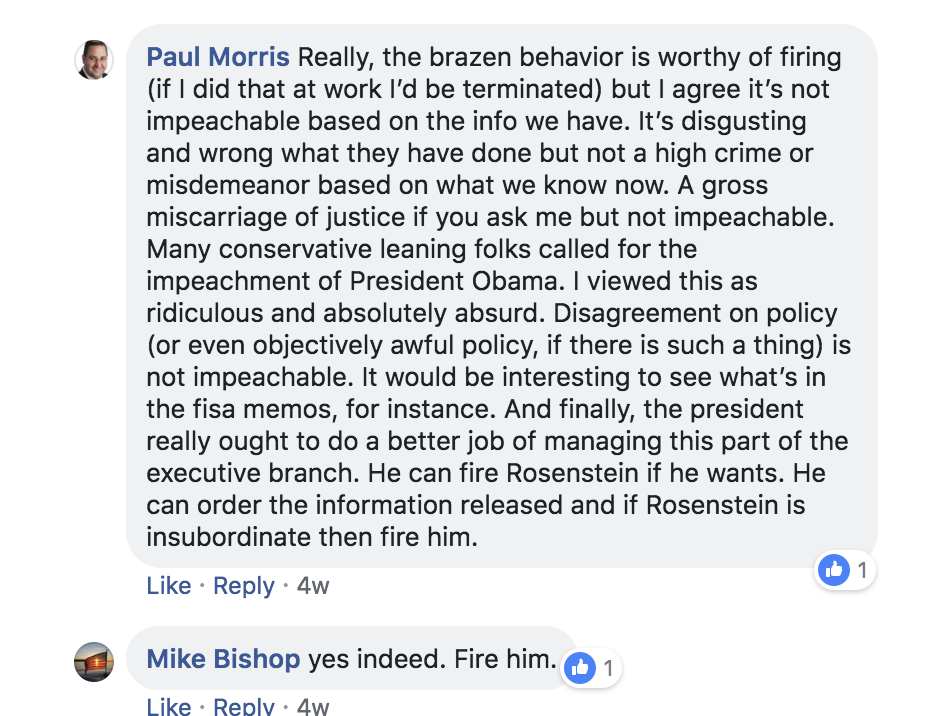 Right after the August primary, Slotkin challenged Bishop to three public debates. She never got a response so she wrote him a certified letter repeating the challenge. Bishop once again ignored her. But, a short time later, Bishop put out a challenge of his own to Slotkin to join him in debates. A friend of mine asked on Facebook, “Did he seriously respond to a debate challenge with, ‘No, I challenge YOU’? What is he, 8?”

With the Cook Political Report putting this once-safe Republican district into the “tossup” category, Bishop is clearly running scared. And he should be. Elissa Slotkin is a true public servant who has served her country with distinction. Bishop’s job is being seriously threatened and, if the primary turnout numbers are predictive and Slotkin continues to run an exquisitely-executed campaign, this will be a Dem pickup after the November General Election.

You can support this race – and you SHOULD! – by clicking HERE and making a donation. There won’t be a “blue wave” in November unless we all pitch in. So, the next time you’re tempted to retweet Donald Trump, make a donation to Slotkin’s campaign instead. THIS IS A WINNABLE SEAT FOR DEMOCRATS!

You can read more Eclectablog coverage of Elissa Slotkin’s campaign HERE. You can also listen to our interview with her on The GOTMFV Show podcast HERE.