Michigan Republicans have been protected by maps gerrymandered for their pleasure, but that could change in 2018 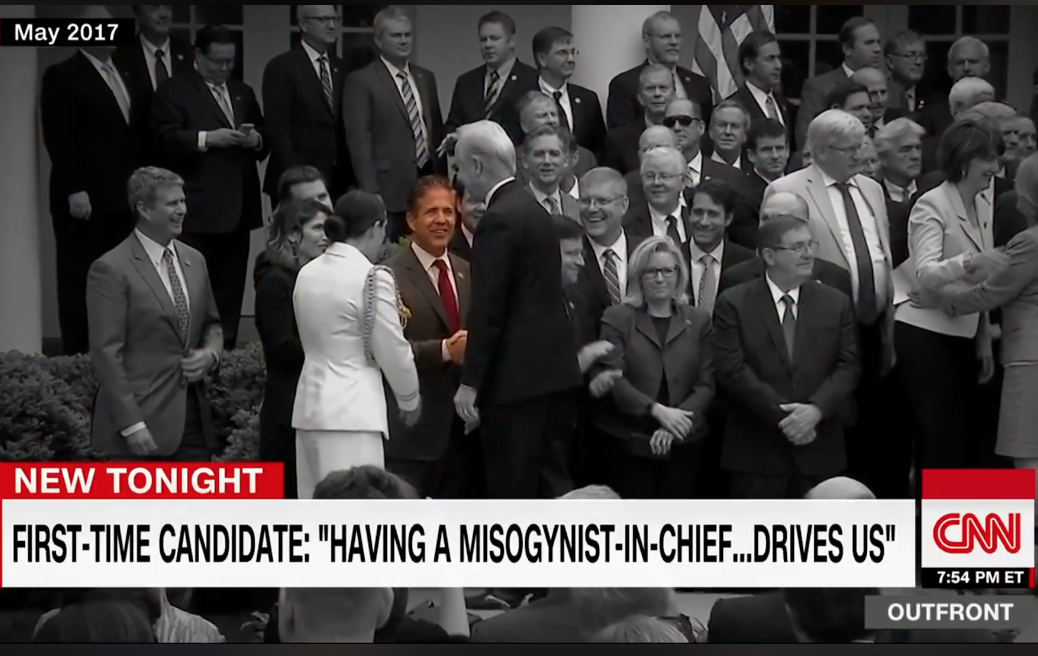 Mike Bishop won his last election by 17 percent, more than double Donald Trump’s 7-point edge in the Michigan’s 8th congressional district. Less than two years later, he has about 50/50 chance of being reelected, according to The Cook Political Report.

Explaining the shift from “Lean Republican” to “Toss Up,” Cook’s David Wasserman wrote:

Democrat Elissa Slotkin, who grew up in a well-known meatpacking family in rural Holly and served three tours in Iraq as an Arabic-proficient CIA analyst, has raised over $2 million and ended March with more cash on hand than Bishop.

Slotkin will contrast her service in sensitive areas of the world with Bishop’s lengthy political career. Prior to his election, Bishop served as majority leader of the state Senate and made several enemies for trying to block construction of a new bridge to Canada at a prominent donor’s behest. Democrats will also go after Bishop’s votes in favor of the GOP’s healthcare and tax bills.

That the 8th is now one of 34 key battlegrounds is national news for some obvious reasons.

The district has been Republican since Debbie Stabenow leapt from the 8th to the U.S. Senate in 2001. Also, it isn’t in one of the “prime target” 25 congressional districts in which Hillary Clinton got more votes than Donald Trump in 2016. And Slotkin has raised over $2 million without taking any corporate PAC money.

The 8th is a barometer, Bill Ballenger of The Ballenger Report told the Detroit Free Press in February.

“If Bishop and the Republican nominee in the 11th find themselves in a nail-biter, then it’s going to turn out that way across the country,” he said. “You’re going to see a big blue wave.”

Michigan’s 11th, a suburban Detroit district, is also a rated a toss up by Cook, after the retirement of incumbent foreclosure fiend Republican Dave Trott. The implication here is that if Slotkin and the soon-to-be named Democratic nominee in the 11th are winning, this suggests a big wave.

I’d argue that this promising news merely suggests that a Democratic takeover is still possible. In USA Today this week, I laid out my 5 reasons why Republicans don’t seem as scared about November as they should be. In short: the gerrymandering/voter suppression, the base, the money, the hacking and Dem’s swinging for “swing voters,” who probably don’t exist.

My basic case is that overconfidence helped Trump “win” as much as any hack–the belief he couldn’t win is part of the reason why 10 percent of Obama 2012 voters stayed home in 2016.

But strong candidacies like Elissa Slotkin are reason to be reasonably hopeful, as long as you are doing the right things (like picking candidates to support on an ongoing basis directly with time or money, given that the candidate gets a much better bang out of its ad spends she makes on her own behalf).

Slotkin has a national security background, but her campaign is centered directly on health care, and Republican attacks on it. She continually points to seeing Mike Bishop on the lawn of the White House celebrating uninsuring millions are the moment she knew she had to run.

Slotkin’s campaign is so impressive that unlike national Republicans, Mike Bishop is running scared. Just check out what isn’t on his website anymore.

So this race is a toss up, despite major, possibly overwhelming Republican advantages. And we’re still in the middle of a national emergency.  That’s the story of 2018, and we can’t ever forget it.