I don’t generally like to wallow too much in the sleazy, muddy side of politics but I happened onto something that I’m sharing, not because it’s salacious or titillating (which it IS) but because it shows how poor Republican Congressman Mike Bishop’s judgment and leadership is. 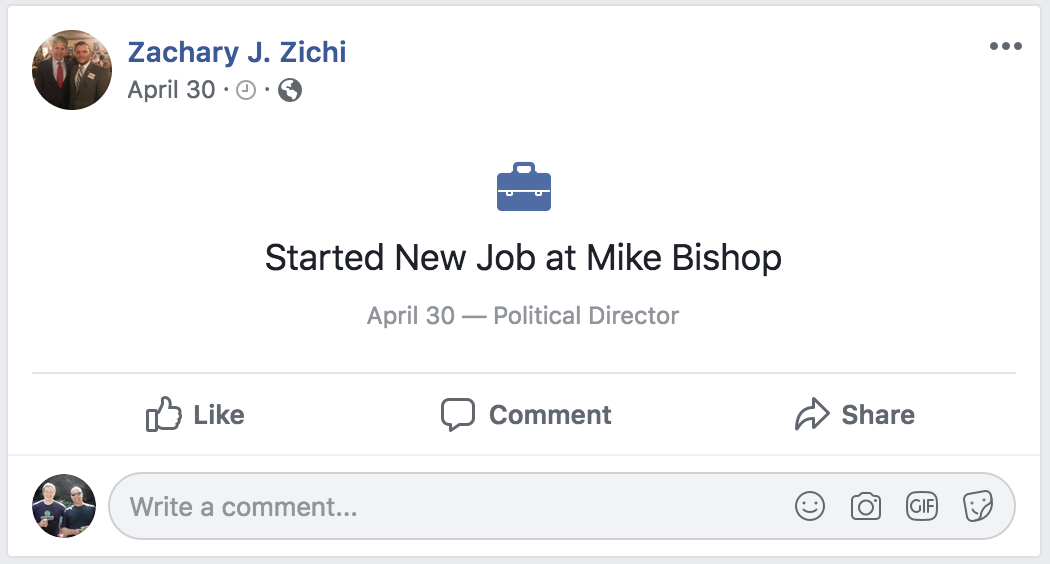 Normally in situations like this, (a) the candidate doing the hiring does a bit of vetting and checks out the potential hire’s social media pages, etc. and (b) the person trying to get hired checks their own social media history and scrubs out anything that isn’t going to reflect well on their potential new employer. 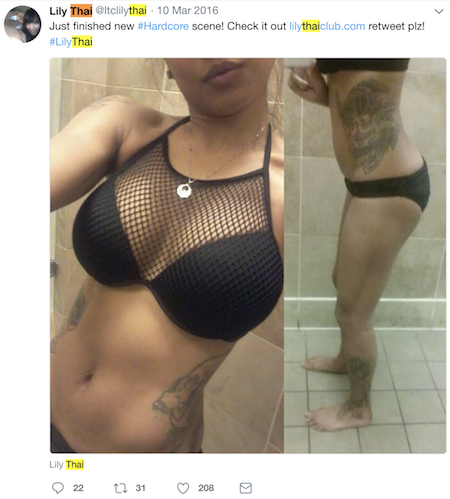 And, sure enough, he followers her, too: 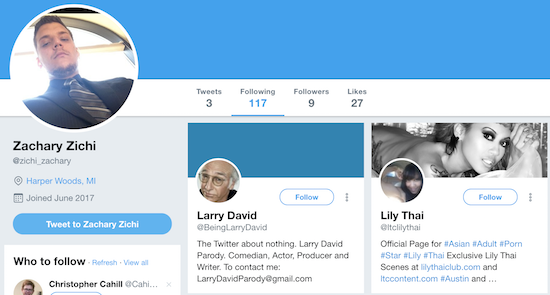 More importantly, it shows how shoddy Bishop’s operation is that they didn’t pick another candidate, one with better judgment, or at the very least have Zichi clean up his act before he started his new job in Bishop’s office.

But poor judgment and lousy leadership is what we’ve come to expect from Mike Bishop, the man who likely has a sizeable Matty Moroun pocket lint collection given how much time he spends in Moroun’s pocket.

It is seriously time for a change in Michigan’s 8th District. 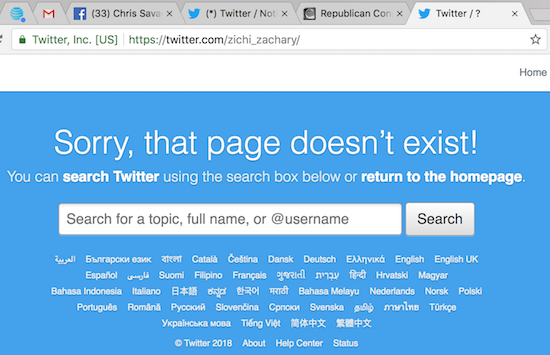 UPDATE 2: Turns out Zichi has a history of dumbassery. Back in 2012, he took the fall semester to run for the 1st Congressional Seat (all of the Upper Peninsula and a large swath of the norther Lower Peninsula) as a Libertarian. Only three weeks before the election, Zichi, who was 19 years old, was forced to pull out of the race when he learned there is an age requirement to run for Congress: You have to be at least 21.