#FlintWaterCrisis Round-Up: The conservatives are already rewriting history and erasing the plight of Flint residents 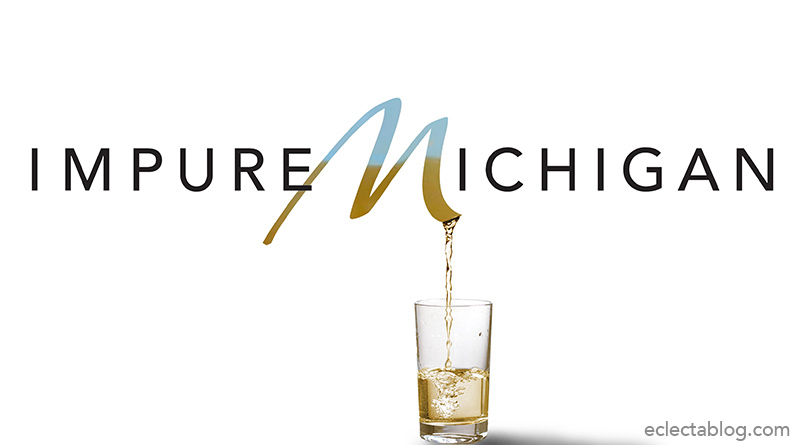 The big story in the ongoing saga of the Flint Water Crisis this week is a concerted effort by those on the right (along with complicity from some in the medical community) to make the world believe that the Flint Water Crisis never happened. It started with an op-ed in The New York Times by Drs. Hernán Gómez and Kim Dietrich who wrote a piece titled “The Children of Flint Were Not ‘Poisoned’“. The conservative National Review jumped on board to create a message that quickly made the rounds of the conservative media and blogosphere. Their piece, “No Detectable Lead Poisoning in Flint After All“, was a textbook case of erasing the plight of our country’s most assailed citizens.

I chatted with pediatrician Dr. Mona Hannah-Attisha, the woman who was attacked by the Snyder administration for bringing to light the elevated levels of lead in the blood of children in Flint. I asked her if she would be rebutting the National Review‘s odious piece. “This is a conundrum,” she told me. “Like other science denialism, like battling climate change deniers, does responding elevate this nonsense to a two-sides issue? The National Review article, like the recent The New York Times op-ed, is part a concerted effort to deny and minimize the crisis. It is driven by individuals who can’t understand the subclinical – that lead poisoning no longer presents with acute intoxications in our emergency rooms but has long-lasting ‘what the eyes don’t see’ impacts. It denies basic public health principles and the decades of science on lead toxicity.”

It must be a painful experience for the whistleblower who, without hyperbole, saved the lives of untold thousands of Flint residents and their children. She details the entire experience in her book, What the Eyes Don’t See: A Story of Crisis, Resistance, and Hope in an American City .

The assault didn’t go unchallenged, however. Soon after The New York Times piece, they printed two Letters to the Editor from Anna Clark, the author of The Poisoned City: Flint’s Water and the American Urban Tragedy and retired doctor and chief lexicographer and new terms editor of Stedman’s Medical Dictionary. Thomas W. Filardo from Ann Arbor in a piece titled “The Flint Children Were Indeed ‘Poisoned’“. At Counterpunch, Anthony Dimaggio wrote a blistering take down titled “Erasing Flint’s Water Crisis: Or How to Lie With Statistics“. Finally, Dr. Hannah-Attisha pushed back against the rewriting of history in an op-ed at The Detroit Free Press titled “Don’t downplay lead problems, or solutions, for kids in Flint water crisis“.

Thankfully, outside of conservative circles, this disgusting attempt to throw the Flint Water Crisis down the Memory Hole has been unsuccessful.

The second big story at the moment relates to an ongoing battle between University of Virginia professor Marc Edwards (who blew the whistle on the lead in Flint’s drinking water after Rick Snyder’s appointed Emergency Manager switched the city to the Flint River for its water source) and another researcher, Wayne State University researcher Shawn McElmurry. Local activists penned a letter to Edwards when he seemed to be declaring the crisis was over, taking him to task for ignoring the fact the Flint residents continue to experience health problems related to their drinking water. After they made their letter — which was signed by 60 people — public and distributed it at a conference where Dr. Edwards was present, he took the draconian step of suing Melissa Mays, a former research colleague Yanna Lambrinidou, and water activist Paul Schwartz for an eye-popping $3 million for defamation:

Edwards claims he’s simply defending his reputation from a smear campaign. But a growing number of Flint activists — and his fellow scientists — say he has outstayed his welcome and no longer acts with the community’s best interests at heart.

“I would say that Marc’s ego is getting in the way of his science. It’s getting in the way of public health,” Michael Mascarenhas, associate professor of environmental justice at the University of California at Berkeley, who testified for the Michigan Civil Rights Commission on the Flint water crisis, told BuzzFeed News. […]

“Far too many residents in Flint are exhausted from Mr. Edwards’ bullying, his claims to be the ‘humanitarian’ who so ‘cares’ for the people, and his Hollywood antics — this is not Entertainment Tonight,” the letter said.

Bobbi Coates, a Flint resident who signed the letter, told BuzzFeed News that “Marc Edwards has gone beyond the scope of his responsibility as a scientist. Scientists are supposed to be meticulous and neutral.”

I chatted with Mays about this and she told me she can’t figure out why Edwards has singled out just the three of them, particularly since the letter was written by a large number of Flint residents.

The next big story (and, let’s face it, these are all BIG), is that the death toll from the Flint Water Crisis may well exceed the 12 admitted to by the Snyder administration, all of whom died from Legionnaires Disease. An investigative report by PBS FRONTLINE suggests that the number may be MUCH higher than 12:

The death toll in Flint, Michigan, from contaminated water may be much higher than state health officials have acknowledged, an ongoing FRONTLINE investigation has found. The likely killer: Legionnaires’ disease, a severe form of pneumonia caused by the legionella bacteria.

Officially, 90 people were sickened and 12 died from exposure to waterborne legionella bacteria during the 18 months that the city of Flint drew its water from the Flint River in 2014 and 2015. But FRONTLINE’s investigation has found 119 deaths from pneumonia during that time, some of which scientists say could actually have been caused by legionella. The tally is based on an extensive review of death records and interviews with epidemiologists and other scientists who are experts in the field of infectious diseases.

If the death toll is higher, as the records and interviews suggest, a 15-month delay by state officials in notifying the community about the legionella outbreak may have cost even more lives than the deaths state prosecutors have cited in an ongoing criminal case. More than a dozen state and city officials, including from the Michigan state departments of health, and environmental quality, are facing criminal charges associated with failing to alert the public about the risks of legionella until well after the outbreak had subsided.

In other news, after Genesee District Judge David Goggins decided to postpone a decision until late August on whether or not a trial against former Michigan Department of Health and Human Services Director Nick Lyon will proceed.

This has Michigan Lt. Gov. and gubernatorial candidate Brian Calley accusing his opponent Michigan Attorney General Bill Schuette of using the trial for political gain and says Schuette’s legal team is responsible for the postponed decision by delaying the completion preliminary exam.

Calley, commenting to reporters this week as his campaign for the Republican nomination for governor enters its final days before the August primary, accused his opponent, Attorney General Bill Schuette, of playing politics in the prosecution of state Department of Health and Human Services Director Nick Lyon.

“They just know they can’t win at trial so they delayed at a historic level … The longest preliminary examination probably in the history of Michigan — maybe the history of our country,” Calley said.

The lieutenant governor said the reason for the delay was an effort to secure a bind over of a member of Gov. Rick Snyder’s cabinet “right before the primary so that they can treat that … as some kind of win.”

“This is already the longest, most expensive preliminary exam in the history of the state, and the prosecution is still unable to meet the low legal bar to proceed to trial. It shows how weak their case is,” the statement says.

This is all a lot of handwaving considering that both Calley and Schuette were part of the administration running the state when the Flint Water Crisis began and played out in such a lethal way. Calley was busy getting a Harvard Business degree while Schuette spent his time fighting against marriage equality in our state (among other things.) Both have blood on their hands and neither showed the least bit of interest in Flint until it became useful to their political aspirations of becoming Michigan’s next governor.

Finally, skabillionaire Elon Musk has entered the scene to save the day. In a tweet (because all major philanthropic efforts are announced on Twitter, amirite?), Musk said he was ready to help:

Please consider this a commitment that I will fund fixing the water in any house in Flint that has water contamination above FDA levels. No kidding.

It’s obviously a nice gesture but his tweet shows how little he knows about the situation in Flint. First of all, it’s the EPA, not the FDA, that sets permissible levels of contaminants like lead in drinking water. Also, Musk’s effort is to put water filters on the taps of affected Flint residents. He apparently is unaware that the state is already providing water filters in Flint.

Some pushed back on Musk (like HERE and HERE.) However, Flint residents, activists, and government officials are receptive and have invited Musk to come to Flint to learn the full story.

Flint Mayor Karen Weaver weighed in, saying, “We had a lot of things damaged as a result of the corrosive water. This is about reestablishing trust, and rebuilding trust. While filters have been helpful, we still need access to bottled water. People need to see all new pipes going in. That’s how you’re going to reestablish trust. And we know that’s what the residents deserve.”

She also tweeted to Musk, who later agreed to call her on the phone:

Mr. Musk, I am the Mayor of Flint. I would like to have a conversation with you about Flint’s specific needs.

Activist Melissa Mays would like to meet with him, as well:

Mays added, if Musk wants to help Flint, he might also consider bringing a Tesla plant to the city.

“One of our biggest challenges is jobs and economic development,” he said.

Needless to say, Musk was quick to promote his largesse on his website, Teslarati. Time will tell if this is a genuine offer.