Corporations want you to work even when you’re sick. They’re so desperate that they’re starting to panic.

In Michigan, you have no right to paid time off if you or a loved one is sick. The result is that many of us go to work sick because we simply can’t afford NOT to. The impacts of this, which we highlighted in a four-part series HERE, are devastating to workers and their families. Not only that, it all but ensures that you’ll be exposed to people who are sick when you go shopping, go out to eat, or do most anything in public where workers are present. The idea that a sick person is making and/or serving your food should worry you. A lot.

Back in 2015, MI Time to Care, a coalition which includes the Economic Justice Alliance of Michigan, MOSES, Restaurant Opportunity Center United (ROC), Mothering Justice, Detroit People’s Platform and the Michigan League for Public Policy, set out to change that by making paid sick time a reality for Michigan workers. Their proposal is fairly simple: you earn one hour of sick time for every 30 hours worked. From their website, “Workers could earn up to nine days of paid sick time per year, depending on the size of the business.”

Earlier this year, Time to Care submitted more than 380,000 signatures to put the issue on the ballot in November, well exceeding the necessary 252,523 valid signatures. Once on the ballot, it’s VERY likely to pass. A poll conducted by Denno Research in 2015 a poll for Mothering Justice and the Economic Justice Alliance of Michigan showed overwhelming support for a paid sick leave law. Their poll of 600 respondents throughout the state showed that an astonishing 86% of Michiganders favor workers earning paid sick days. An equally astonishing 83% of them support making this the law.

This particular effort is a citizen-initiated legislative petition. If they collect the required 252,523 valid signatures, it goes to the state legislature to be made into law. It would then become law 90 days after lawmakers adjourn for the year. According to Michigan law, if the legislature fails to do this within 40 days of the validation of the correct number of signatures by the state Board of Canvassers, it goes on the ballot for the voters to approve. Under this process, the law is NOT subject to approval or veto by Gov. Snyder. 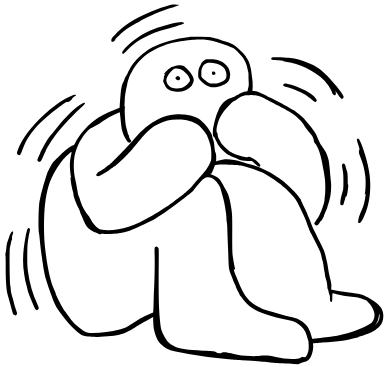 This, of course, scares the bejeebus out of the corporatists who run our state government. The thought of having to give up even a tiny iota of their profits so that a mom or dad can stay home with a sick child or stay home from work themselves when they’re ill has them in panic mode.

This past week, a group with the adorably-named “Small Business for a Better Michigan” filed a complaint with the Bureau of Elections saying that more than half of their nearly 400,000 signatures were invalid. The audacity of that in and of itself is pretty breathtaking. But when you look at the examples they give of “invalid” signatures, you begin to realized just how desperate these profiteers are.

Here are a few examples:

Special interest groups are willing to try every tactic in the book to keep Michiganders from voting on whether people in our state should be able to take a day off when they’re ill or their child is sick. They know this policy is overwhelmingly popular, and they fear the will of the people. We are confident in the signatures we collected from voters across the state, and we absolutely expect earned paid sick time to be on the ballot this November.

Our response to this challenge shows that this group doesn’t even know the basics of Michigan geography or care about wasting tax payer dollars with frivolous and ridiculous claims.

Given the ineptitude of the corporatists at Small Business for a Better Michigan, I think you can expect that the signatures will be deemed valid, that the Republican-controlled legislature will refuse to act on it, and that this ballot proposal WILL be on the ballot in November where, given the paid sick leave’s incredible popularity, it will pass by a wide margin.

And nothing freaks out corporatists more than the will of the people being expressed at the ballot box.