But we can pressure them to stop spreading Trump’s lies 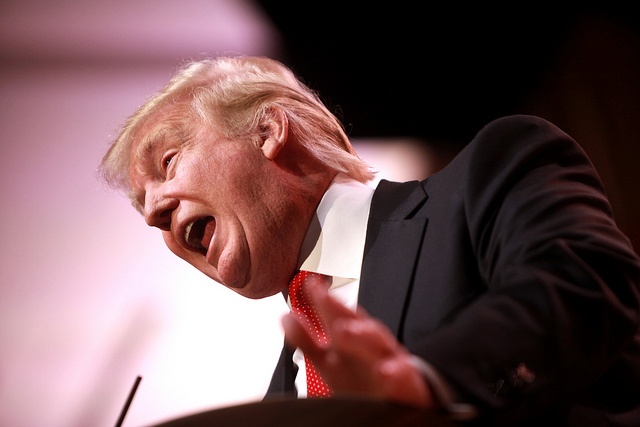 How do you deal with a pathological liar who has admitted to at least one journalist that his goal is to destroy the credibility of objective journalism?

At the very least don’t spread his lies for him.

The AP deleted a tweet on Friday in which it repeated Trump’s virulently false framing of the FBI’s Inspector General’s report into James Comey’s handing of the investigation of Hillary Clinton’s email after enough people, including a U.S. Senator, noted the world’s most important wire service was acting as “an effective vessel for lies.”

So that’s a good drop in the bucket. And it follows a pretty strong piece from the Washington Post’s Philip Bump: “Why untrue tweets from Trump shouldn’t be unchallenged in headlines.” Bump didn’t dare use the L-word but it was a well-aimed volley at The Hill, one of the worst disseminators of Trump unfiltered lies.

Of course, there are many commentators, notably Sarah Kendzior and Greg Sargent, who constantly weigh in on the media’s atrocious approach to Trump’s lies. But the mainstream press still largely treats Trump the same way they have since he went birther — as a quotable curiosity.

They do this now even as he’s become a quotable curiosity who wants to jail them and may have to power to do so.

If the situation is going change quickly, scores of journalists need to read and heed George Lakoff and Gil Duran’s new piece in The Guardian: “Trump has turned words into weapons. And he’s winning the linguistic war“.

“Donald Trump has been a salesman for nearly half a century,” the piece begins. “He is now selling himself, his worldview and his self-serving views of the law and the truth. His principal tools are language and the media. By faithfully transmitting Trump’s words and ideas, the press helps him to attack, and thereby control, the press itself.”

I know this will put off a lot of people on the left who despise Trump. I get it. You don’t want to admit he’s good at anything. But verily I tell you that this belief is not only killing democracy, it’s allowing kids to ripped from their parents as non-white bodies are dehumanized for political convenience.

Trump’s biggest advantage in 2016 was no one thought he could win. We assumed he’d self-destruct like a Macy’s parade balloon overfilled with gas. The hacks, the lies, and the Comey letter were multiplied by voter suppression. But the crucial margin came from the millions who stayed home or voted third-party because they were so sure Trump couldn’t win.

In 2018, our biggest disadvantage is we assume he can’t win again. Winning in 2018 is actually easier for Trump as Republicans could lose the popular vote by a margin as large as three times he lost it to Clinton in 2016 and still keep the House. He and his party would take this as full vindication to pursue full authoritarianism knowing no one can stop them.

What should the press do to neutralize Trump’s gaming of their credulity?

Lakoff and Duran have a simple list of instructions:

Four ways the press can stop helping Trump:
1. Learn how propaganda works and how he weaponizes words
2. Focus on the fact that democracy is under attack. This is a crisis
3. Stop letting him control every news cycle
4. Don't spread his lies https://t.co/tLvCoqrlVF

Dilbert’s Scott Adams, who fancies himself as the Lakoff of the right, noted, “You are skipping the step where you convince the press Trump is smart enough to know what he is doing. They think he’s an evil idiot who keeps getting lucky.”

Sadly, I agree. Trump knows what he’s doing, who he’s hurting, who he’s ripping off and how to get away with it. He’s gotten away with smears, lies, and crimes for 72 years and we should believe the autocrat when he talks about how great it is to be president for life. It could happen.

Luckily, we don’t have to count on the press to save us.

“We don’t need the media to believe he’s smart,” Gil Duran told me. “We just need people to believe the media is not being smart.”

Honestly, that’s not a tough case to make.