Are we headed toward a “Civil War”…or are we already there? 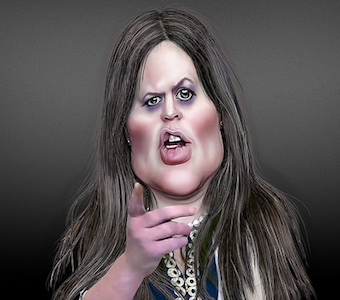 A recent op-ed in USA Today by Glenn Harlan Reynolds asks the provocative question, “Is America headed toward a civil war?” As evidence, the author offers the following points, which seem deserving of a response.

1. Because of Sarah Sanders being refused service at a restaurant, Reynolds asserts, “I think we’re at the beginning of a soft civil war. … I don’t know if the country gets out of it whole.”

And conservatives think that liberals are sensitive “snowflakes”? Given that Trump and/or the Republicans have suggested the suspension of the rule of law in dealing with refugees to this country, have already separated as many as 3000 children from their families, supported an accused pedophile for office, threatened to slash Medicare and Social Security after slashing taxes for the wealthy, and defended Nazis as “very good people,” it seems like this “civil war” is well underway, and the only side playing it “soft” is the Democrats—Trump and the GOP are playing hardball.

2. The author “predicts that if Democrats lose the midterm elections, there will be hell to pay”.

Trump’s followers already promised bloodshed in the streets if Trump didn’t win in November, and have made similar threats if he’s not re-elected in 2020. If the Dems lose the midterms they’ll be so angry that…they’ll form a couple of committees to investigate how they lost, and pen some really strongly worded op-eds.

3. “White House press secretary Sarah Huckabee Sanders was even kicked out of the Red Hen restaurant in Lexington, Virginia, because the owner and employees disliked her politics. This seems like a small thing, but it would have been largely unthinkable a generation ago.”

Yes, a generation or two ago it would have been unthinkable for a wealthy white woman to be refused service at a restaurant—but it wouldn’t have been “unthinkable” at all for that same woman to have the right to vote, or for a black person to vote, or be served in a restaurant, or ride a bus, or drink from a water fountain.

Denying Ms. Sanders service is indeed a “small thing,” especially in comparison to our past transgressions as a country, and the ones being carried out by Ms. Sanders’ boss today. Ignoring our history as a nation in order to score points in a false debate is a curious way to appeal to your readers’ “better angels.”

4. “…liberals have a great deal of cultural, academic and economic heft, stretching from Hollywood to Harvard. Just this week, some Hollywood powerhouses flirted with leveraging their clout against the Trumpist Fox News.”

Here’s the difference—none of those cultural and academic “powerhouses” has even a fraction of the reach of Fox News, especially with Trump’s base.

And the “battle” here is not being waged on a level playing field: Fox is willing to lie openly in order to deceive their audience, while academics are somewhat constrained by virtue of being required to…uh…tell the truth. Something Fox News doesn’t seem concerned with even a bit.

5. So what’s the author’s solution? “America had one disastrous civil war, and those who fought it did a surprisingly good job of coming together afterward, realizing how awful it was to have a political divide that set brother against brother.”

Another bit of revisionist history here. The fractures from this country’s Civil War never really healed, and it’s not just a North vs. South thing. We see Confederate flags in northern states like Michigan and New York, and social justice warriors all across the Deep South and the Sun Belt. Our country’s divisions have to do far less with geography than they do ideology.

To put it simply, we have one segment of our population that believes that access to good health care, education, and jobs are fundamental human rights for all persons, regardless of their sexual identity or orientation, race, ethnicity, citizenship, or religion; and another group that believes that if any minority or refugee is granted any sort of compassion or dignity that equals a net loss for them. As though simple human decency is a big apple pie, and giving someone else a slice means that your piece is smaller.

Our last Civil War was fought over our nation’s “original sin” of slavery, a schism that created wounds in our country that have never truly healed. What seems clear now amid all of the dishonesty, deception, and obfuscation coming out of the White House is that the “battle lines” for our next Civil War have already been drawn. This “war” will be waged between those who value kindness, decency, and compassion, and their friends, relatives, and neighbors who are being consumed by fear, hatred, and lies.

Our existential choice now as a people is whether we move toward kindness, or fan the flames of fear. As Mr. Reynolds concludes: “Let us hope that we will not have to learn that lesson again in a similar fashion.”