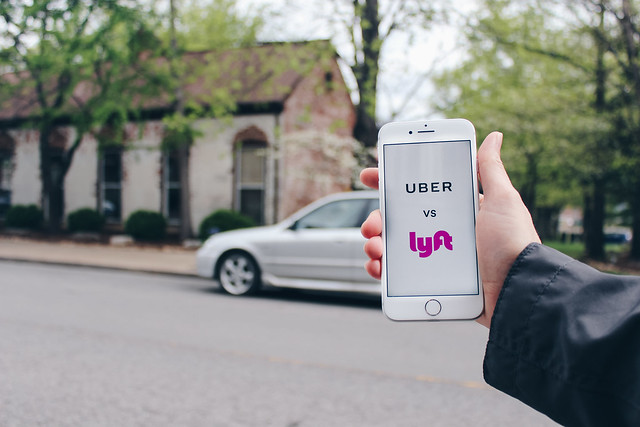 Secretary of Education and Saturday Night Live fixture Betsy DeVos is fond of saying that picking a school should be as easy as choosing an Uber or a Lyft. She bases this belief on the economic theories that buttress much of the neo-liberal and conservative approach to education reform:

As economist Milton Friedman had theorized decades earlier, Ohio legislators believed that increased choice and competition would boost education outcomes across the board. “Competition” in the words of Stanford’s Caroline Hoxby, “would be the proverbial rising tide that lifts all boats.”

The problem is that Sec. DeVos is right: the choice to send your child to a private or charter school instead of your neighborhood public school is as easy as calling a Lyft or an Uber instead of a taxi–and that’s not necessarily a good thing…

To really understand what school choice means, we need to pull apart the two major components of school choice initiatives: the ability to choose one’s school from an array of public, charter, private, and religious options; and the use of vouchers to subsidize these choices with public tax dollars that have historically, and constitutionally in many places, been intended to support public education.

In Michigan, where Sec. DeVos has had a major influence on education policy and funding for the past two decades, school choice has been one of her “pet projects,” and has also been the law of the land for 24 years now. “Schools of choice” legislation allows families to send their children to any school they choose, with “…state funding of at least $7,176 follow(ing) the student, whether they enroll in their home district or in a school of choice.”

But despite the best efforts of Sec. DeVos and her husband, Dick, their attempts to pass private school voucher legislation have failed spectacularly both times bills were introduced in the state legislature. To the DeVos’, these failures have been not only personally humiliating, but have limited the impact of school choice provisions they have worked so hard to implement in the state. To their critics, the failure to pass voucher legislation has been a matter of defending the state’s constitution, and protecting public education from the efforts of school privatizers and union-busters, like the DeVos’ and the Republican legislators they have funded with millions in cash contributions over the years.

If “choice” was the panacea that Sec. DeVos says it is, we should have seen a huge improvement in education in the state by now, right? As Lee Corso might say, “Not so fast my friend!!!” The facts just don’t support DeVos’ contention that school choice has a positive impact on the state’s educational landscape:

Choice has given families more freedom to enroll their children where they think they’ll get the best education, but critics of the program say it’s also wreaked havoc with district budgets, as schools struggle to determine how many students will show up in their classrooms each fall. State funding of at least $7,176 follows the student, whether they enroll in their home district or in a school of choice.

So, if choice isn’t helping school budgets, it must be good for student learning, right? Again, not so fast…

In a study from the conservative Thomas B. Fordham Institute on Ohio’s private school voucher program, the authors, David Figlio and Krzysztof Karbownik, found that not only did students using vouchers to attend private schools not do better academically, these negative results were long-lasting, and not merely a result of changing schools. The authors’ wistful comments at the end of the quote below are especially illuminating:

The students who use vouchers to attend private schools have fared worse academically compared to their closely matched peers attending public schools. The study nds negative effects that are greater in math than in English language arts. Such impacts also appear to persist over time, suggesting that the results are not driven simply by the setbacks that typically accompany any change of school.

Let us acknowledge that we did not expect—or, frankly, wish—to see these negative effects for voucher participants; but it’s important to report honestly on what the analysis showed and at least speculate on what may be causing these results.

So, if school choice isn’t good for educational finances at either the state or local levels, and doesn’t help kids learn more or better, aren’t there other benefits to parents and students having options when it comes to selecting the schools they attend? Shouldn’t families have the “right to choose” their schools just as travelers in need of a ride have the “right to choose” an Uber or Lyft instead of a taxi?

Here’s the thing about choices: in the real world, it’s only worth having options when all of those options offer equivalent services or benefits. And in Sec. DeVos’ ideal world of “choice,” where selecting the school your child will attend is no more important than deciding which ride sharing service to call to get to the airport, there are troubling parallels between ride sharing and school choice…

Careful readers might be wondering at this point why the person entrusted to oversee our nation’s schools would be such a strong and vocal proponent of a policy that has no discernible benefits for students, families, or communities. Unfortunately, as the saying goes, when something just doesn’t make sense, “follow the money“…

In a 1997 op-ed, DeVos defended her family’s donations to the Republican party at the time on the grounds that such money would promote its priorities of limited government and traditional American values. “I have decided to stop taking offense at the suggestion that we are buying influence,” she wrote. “Now I simply concede the point. They are right.”

Some lawmakers have also raised concerns about her connections to certain industries she would oversee as secretary, among them student loans. As the Washington Post noted recently, DeVos has ties to a firm that loaned money to a debt-collection agency that did business with the U.S. Education Department. That agency, Performant Financial Corp., recently failed to win another bid with the department, but, as secretary, DeVos would be able to affect which companies win such contracts and how they are handled. DeVos said during the hearing she and her husband would distance themselves from such education investments.

As we have seen, Sec. DeVos did not divest of all of her investments with ties to education–most notably a company engaged in marketing a dubious “biofeedback” device. Perhaps most troubling is the connection between the Secretary’s recent decision to stop cracking down on student loan companies by state regulators, and her ties to a debt collection corporation that targets student loans.

Taken together, these actions suggest that Sec. DeVos and her allies are looking to benefit financially from her policy decisions–creating massive conflicts of interest between her business investments and her responsibilities in the policy realm.

If Betsy DeVos really knows so little about students, schools, or education that she thinks selecting a school is like choosing an Uber or Lyft, then perhaps she should apply to be the next Secretary of Transportation. Given the turnover in this administration, the job will probably be available pretty soon.