A vagina is not a preexisting condition 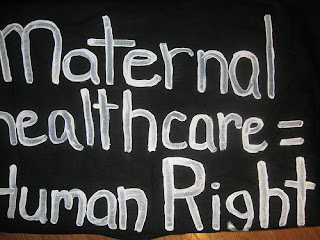 Long before the GOP decided that the way to create jobs was to deregulate polluters and regulate uteri, I saw the fight against Obamacare as part of what I reluctantly* call the War on Women.

Any American woman who has ever looked for health insurance knows that despite the fact that women historically earn less than men, they pay significantly more for health care.

The right argues that of course this is true because women have different physiologies (as if males play no role in pregnancy). Basically they feel women have the right to pay more for health care but not the right to make their own health care choices.

Obamacare changes all of that. Simply, it makes men and women equal when it comes to health care.

The editorial board of the San Francisco Chronicle explained the benefits to women in the law:

Sandra Fluke put it this way:

This law, also known as health reform, will benefit over 45 million women in our country through increased access to preventive care services without copays and deductibles. Thanks to the Affordable Care Act’s new requirements that private insurance and Medicare cover these services without cost-sharing, by the time the law is fully implemented in 2014, women will benefit from, among other services: mammograms, cervical cancer screenings, pre and post natal care, flu shots, regular well-baby, well-child and well-woman visits, domestic violence screening, and the full range of Food and Drug Administration-approved contraceptives.

This was and is an incredible victory for all Americans, especially women. It took an incredible act of bravery for this President and the Democrats in Congress to fight for it. And it’s at stake in the 2012 election.

So as Republicans celebrate the idea of taking health care away from millions of Americans, it’s up to us to remind women what we will lose if we do not fight for the Affordable Care Act.

*Reluctantly because I hate war metaphors except Wilco’s “War on War”, which is probably the best song ever.