Wake Up Call: They Can Win

Mitt Romney is in a cult: The Republican Party.

That any American could vote for a Republican after what that Party did to this country baffles me. That the Republican they’d vote for is Mitt Romney, a transparent shill who has embraced the worst policies of Bush and Cheney, makes me angrier than Chris Christie being interrupted by state worker while ordering dinner. 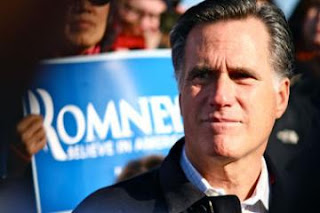 Today’s polls suggest that Romney and possibly even Santorum are leading the President in national polls. You can break these polls down and connect it to swing states. The situation is still bleak for the GOP.

But after humiliating themselves and alienating anyone north of the mental Mason Dixon line, this GOP should not be competitive. They should be getting exactly 1% of the vote. That they are competitive should make you apoplectic.

It should make you think about this video the Obama campaign made in the heat of the 2008 campaign:

These are the stakes.

Mitt Romney wants to break up Medicare and give it to Wall Street. He wants to give the richest Americans more huge tax breaks while destroying the safety net. He wants war with Iran, even if it means occupation. He wants Wall Street to be the deregulated billionaires roulette wheel that took America’s economy down.

These are things people need to know this. And when they do, the GOP can’t win.

Now, the GOP is up because Newt has been spreading a lot of dumb about gas prices.

America sees through this GOP but shocks are shocks. We have to be prepared for them and make the case how the GOP will make things worse by going back to the Bush/Cheney playbook. Because they always will.