And by “brave,” I mean it gives me millions in tax breaks 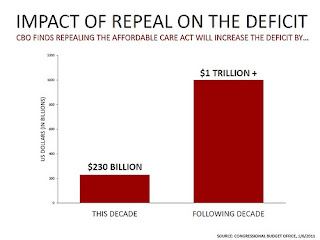 On this day in 2010, this President signed the Affordable Care Act.

It’s a law that will help more than 30,000,000 uninsured Americans get health care. It stops private insurers from being able to deny care based preexisting conditions or mistakes in applications. It will insure that women can no longer be charged more for health insurance just because they are women. It ends Medicare giveaways to private insurers and for the first time regulates that insurers spend an appropriate amount of money on actual health care.

Already, children’s lives are being saved because of this law. Already millions of Americans under 26 have insurance coverage because of it. And inevitably, if this law goes into full effect, nearly all Americans will be covered by it. And it cuts the deficit.

How is it funded? Largely through the FIRST tax increase on the richest 1% in a generation.

Simply: The Affordable Care Act is the greatest victory for the 99 percent since Medicare. And that’s why Republicans hate it.

Yesterday, Paul Ryan reintroduced his budget plan that proves the only thing he learned from Occupy Wall Street was to not hold any more public town halls.

In short, Ryan’s plan gives mega tax breaks to the people who need it the least and hurts the poor.

This retread of last year’s GOP budget is a Penthouse Forum fantasy for the 1 percent.

The richest have never been richer? So cut their taxes more.

Our military spending is bloated from two decades of war? So grow it some more.

45,000 Americans die every year for lack of heath care? So eliminate the Affordable Care Act and turn Medicare over to the same private insurers who were denying sick children health care.

Ryan claims that his plan will cut the debt without naming what, beyond gutting Medicare, Social Security and Medicaid, he’d actually cut.

It won’t cut the deficit. The only way it can fit his magical projections is if economic growth grows at miracle rates that would require never-ending Democratic Presidents, who would never sign this looting of the 99 percent into law.

Still,  the millionaires and the temporarily embarrassed non-millionaires on the right call Paul Ryan “brave.”

Ryan prides himself on making tough choices. But where such choices need to be made for politically powerful constituencies — say, the tax breaks offered to the wealthy and the middle class, or the benefits offered to current seniors — Ryan punts.

Ryan panders to the worst Republican instinct that imagines a past that never existed. America was built by taxing those who pay and taking care of those who work their whole lives to make America great. The idea that we were better off before the New Deal and the Great Society only appeals to white males who prioritize wealth over everything.

The GOP and their corporate sponsors have spent millions defaming the Affordable Care Act, which I also proudly call Obamacare. “I do care,” the President said.

Despite unhinged opposition and insane distortion, this law is already saving lives and cutting waste.

That’s real bravery. Remind someone of that today.