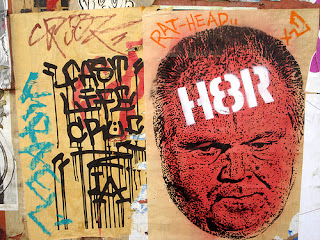 Congratulations to Rush Limbaugh, winner of the first LOLGOP.

Rush loves attention. But he may have overdosed this week.

The idea of a young woman with a healthy, unashamed sex life apparently drove Rush insane. He ranted and raved about how he was paying for this woman’s pleasure betraying his obliviousness at how both insurance and reproduction work. (No, Rush. You don’t need extra birth control for more sex. That’s just an excuse she gave you.) And he did it a lather drenched in the vilest misogyny that many women only hear all the damn time, unfortunately. But he did it on tape.

The President, detecting an issue where he was closely aligned with women across the nation, called Sandra Fluke to thank her for her testimony. He told her that her parents should be proud.

This gave reporters the opening to ask the Republican candidates what they felt about Rush’s Ike Turner impression. All rejected Limbaugh’s wording timidly. Boehner said it was “inappropriate.” Notably, they all agreed with the policy of letting employers deny birth control coverage, which is blatantly anti-woman to anyone who knows how birth works.

Meanwhile, we got some serious @StopRush action on Twitter, which has helped lead to seven of Rush’s national advertisers to dropping or at least suspending Rush.

Even Rush saw that he was on a path straight to Glenn Beck TV. So he apologized in an especially vile way, especially when you compare Rush’s defensive apology to the classy way Ed Schultz apologized to Laura Ingraham for using sexist language to defame her ONCE. Rush smeared Fluke as many as 53 times.

George F. Will attacked his party’s unwillingness to condemn Rush Limbaugh. He said, “They want to bomb Iran. But they won’t go after Rush Limbaugh.”

Yes, indeed. And that’s why Rush Limbaugh is the winner of the first LOLGOP Award.

Keep it up, Big Boy. America needs to know the antipathy toward women that’s at the heart of so much of conservative politics.

Should we have an LOLGOP of the week or month? Let us know in the comments.