Where is Mitt Romney on the Emergency Manager Law?

As Mitt Romney was pretending that Bain Capital created jobs earlier this year, he said, “I’m a numbers guy.” 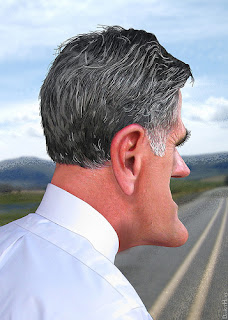 Well, here’s a number that any numbers guy will hate: 26 percent.

That’s the percentage of Michigan voters who believe Mitt is a Michigander. 62 percent do not. This helps explain why Mitt is currently losing by 6 percent to the man who has become the both the dream candidate of conservatives and liberals—Rick Santorum.

How did Mitt Romney, the son of a popular governor, born in raised in Michigan lose his Pure Michigan pedigree? Well, he lived his adult life in Massachusetts where at 57 years old, where he suddenly discovered he had always been a pro-life, severely conservative Republican. Who doesn’t go through mental puberty in their late 50s?

Madonna left Detroit scores ago but at least 30 percent would likely consider her a Michigander. Why not Mitt?

Clearly, Mitt lost his home state when he advocated that GM and Chrysler should “go bankrupt.” For the son of a man who made millions in the American auto industry, coming out against saving Detroit with government funds was like a knife in the heartland.

Denied government support at a crucial time, the American auto industry and the one out of eight jobs tied to it would have likely crumbled into the giant gap between the rich and the poor. Instead, the government stepped in and General Motors is once again the biggest car company in the world.

Now, Mitt needs to win Michigan to somehow keep the fairy tale of his inevitability alive. This is our chance to make him take a hard stand on the most important issues facing actual Michiganders.

We know because Mitt Romney had to overcompensate for his moderate past, he’s for destroying unions with “right to work”. A stand many believe would cost him the state in the general election.

But what does he think about the Emergency Manager Law? Tea Partier Todd J. Griffee made the conservative case against the law last June:

It is my conservative belief that government should be smaller, less-intrusive, more localized, and constitutionally based, and this bill is contrary to those beliefs.

If I’m using this Google correctly, Mitt Romney hasn’t taken a stand for or against the law. Romney needs Michigan a lot more than we need him.

I’m thinking we can even use Twitter to ask @MittRomney where he stands on the Emergency Manger Law, which Republicans are now using as a model to subvert elections in Indiana. You can ask Mitt or his staff to take a stand.

When one out of four people think you’ve flipflopped on your home state, now’s the time to stand for something.