And he raised taxes nine times… 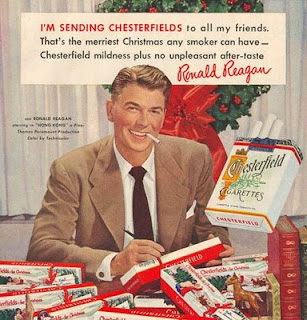 You want smaller government. You think things were better before drinking water was regulated, before a private business was forced to serve all people, before Social Security, Medicare and the Older Americans Act cut poverty among senior citizens in half.

You think everything that’s gone wrong is because of big government liberals. But it’s big government conservatives who have (purposefully) created a government that can’t pay for its self.

I’m not just talking about Medicare Part D, which literally wasn’t paid for and overpays for drugs as a giveaway to the pharmaceutical industry. I’m talking about how Ronald Reagan socialized medicine when he signed the Emergency Medical Treatment and Active Labor Act.

This law MANDATES that all emergency rooms in all hospitals that take federal money serve anyone who comes to that emergency room, regardless of his or her ability to pay. And it offers no funding to achieve this mandate, which raises the cost of health care for everyone who can pay.

Yes. Reagan socialized medicine, in the dumbest possible way. Despite paying more for health care than any democracy on earth, 45,000 people still die each year for a lack of insurance.

The smart way to provide health care is to cover everyone. Every industrialized country in the world does this and pays less for health care than we do. But America has the best health care in the world… for the rich. And we always will, because the rich can always pay and benefit from the billions our government spends on research.

Soak in the irony. The man who got into politics to fight things like Medicare, socialized medicine.

Luckily, the Affordable Care Act is a vast improvement on this abominable system. And with Medicare Buy-In for All, we’ll be in almost as good shape as the rest of the free world.