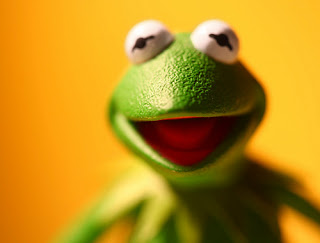 Rick Snyder isn’t the county’s least popular governor, anymore. But his anti-democratic embrace of the Emergency Manager law and the forthcoming “Tax Bomb” of 2012™ have put him on edge, reluctant to go full Scott Walker by signing the “Right to Bust Unions” legislation that may hit his desk.

This isn’t the time when you imagine the Governor wants to be put his diminished credibility on the line.

However, Snyder has decided to use his voice, which is sounding more and more like Kermit the Frog, to give a full-throated endorsement to the flagging campaign of the severely unpopular Mitt Romney. Here’s the Governor’s op-ed endorsing Mitt in today Detroit News.

The fact is: the more people know Mitt Romney, the less they like him. That seems to be especially true in Michigan. And, now that Mitt’s “Let Detroit Go Bankrupt” tour has now evolved into “The President Should Have Punished Workers and Helped Wall Street More” tour, it’s only going to get worse.

If Mitt manages to make it to the general election, he’ll do so burning any bridge to the middle he once had. His campaign is now all about union busting, tax breaks for people like Mitt Romney and birth control. If he thinks Democrats will let people forget that, he’s more arrogant than even I imagine.

Why is Snyder coming out for Mitt now after waiting to a point that in a typical primary would have made him irrelevant? I think he’s comforted by Mitt’s swing to the right. Michigan’s politics have been warped by the fact that we’re a solidly blue state when people vote and red when they don’t. Snyder’s best hope in 2013 is depress the vote and excite the base.

This is the kind of math that “numbers guys” like Snyder and Romney must hate.