Did you know Members of Congress aren’t required to live in their districts? 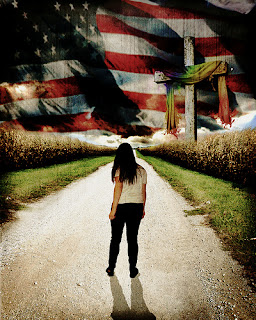 If you’ve read any of the Gospels or see any of the two fine Broadway musicals about Jesus, you’ve noticed the sort of folk Jesus associates with: outcasts. Prostitutes, tax collectors. Saul who became St. Paul persecuted the disciples before he became one of the most important missionaries of early Christianity.

This is a radical movement away from judging a person by his or her context.

Jesus, to me, seems uniquely uninterested in people’s personal lives. He rejects any personal life of his own and allows a woman of disrepute into his closest intimacy. Lives led in public, in society, however, concern him greatly along with avoiding sin, not punishing perceived sins.

Honestly, I used to want to be a fundamentalist Christian. But I didn’t want to think about gay sex that much.

Bullying is inevitable where kids are unsupervised, I suppose. But when a community allows homophobia to be legitimatized as holy, the bullying that happens is complete oppression. It’s a campaign of terror that’s designed to persecute the weakest, most vulnerable members of a society.

You can’t be too dramatic about this. I can’t.

Yesterday brought sort of good news. Michele Bachmann lost her district. Her home is now in the district of a very popular and bound to be reelected Democrat. However, her old district is now even more Republican and she can run in it without even moving. Who knew?

I’m looking forward to find out more what’s going on in Michele Bachmann’s district. I’m wondering if even the Republicans there will begin to see what Iowans saw.

This is not a woman who deserves a platform in an American that is ready for equality.