How Bruce Springsteen and Lady Gaga Could Speed Up Gay Marriage

Baby, the USA was born this way 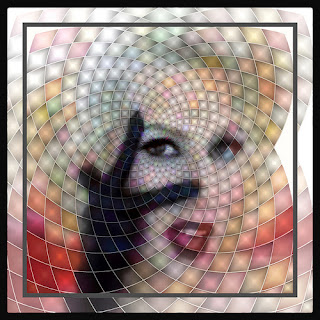 Here’s the good news. On a federal level, we have a President who refuses to defend the unconstitutional Defense of Marriage act. We need a Congress who will pass a law that grants same-sex couples all the federal benefits of marriage. We already, I believe, have a President who will sign that law.

Here’s the bad news. Barring a miracle, this Supreme Court will never issue a Loving v. Virginia type decision that makes marriage available to all adults. Even if the Prop 8 case from California reaches the Court, the impact of that case will likely be limited to California. So,we’re going to have to see states, one-by-one, coming to their senses and passing a law that grants marriage equality.

Basically, while bullying and bigotry haven’t disappeared, the mood of country toward gay marriage is evolving rapidly. Gay marriage is now more popular than the perennial no-brainer marijuana legalization.

And there is still MUCH that can be done until we have a Congress or Supreme Court that reflects the majority of the United States. Conservatives have a vast infrastructure funded by corporations with political rock stars like Michele Malkin and Andrew Breitbart.

But we have real rock stars.

Do you remember Sun City? Artists United Against Apartheid led by “Little” Stephen Van Sandt of the E Street Band recorded a song that said, “Nah, nah, nah, nah, nah, nah. Ain’t gonna play Sun City.” Sun City was a luxury resort that often brought artists from the US and the UK to entertain their guests. And the artists backed up their claims, refusing to validate the racist government of South Africa.

Apartheid ended nine years later. And whether the million dollars, the “Sun City” song earned helped much is unclear. For many Americans, the project was their first exposure to their injustice of Apartheid and helped shape the debate.

How does this relate to marriage equality? Imagine if artists like Bruce Springsteen and Lady Gaga said, “You have until February 14, 2013. After that, we will only play in states where gay marriage or civil unions legal.”

Right now the list is short Connecticut, Iowa, Massachusetts, New Hampshire, New York, Rhode Island, Vermont and Washington. That’s why we give everyone a year.

Okay, this may only work in New Jersey. But the fact is we’re way behind on this issue and only a huge popular movement can change that.