Hat tip to my daughter and sister-in-law, both of whom sent me this.

~~~~~~~~~~~~~~~~
Speaking of dogs, a woman in England returned her recently-rescued Jack Russell terrier to the animal shelter where she had gotten it. Why?

Because it clashed with her curtains.

Taxi driver Miguel Cajal said he got out of his parked taxi and ran for safety when he saw a policeman looking up at the woman, who was on an upper floor of the Panamericano hotel.

“If I hadn’t got out, I’d be dead,” Cajal, 39, told local television, which showed pictures of his mangled vehicle, its windshield and roof crushed by the impact of the woman’s fall.

Another dude in Scotland fell 1,000 feet and survived.

~~~~~~~~~~~~~~~~
A 16 year-old in Florida, Nicholas Harrington, got the great idea to place a beat-up old grand piano on a sand bar in Biscayne Bay and then film “a big production, a music video epic”. However, a party at his house resulted in the piano being set on fire. Still, he and his family hauled the burnt piano out to the middle of the bay onto the sand bar where it sat for most of January. However, once officials found out who had put it there, they gave the Harringtons a week to remove it or face a fine.

This week, a guy (on the advice of his 10 year-old son — kids these days) hired a salvaging company and beat them to the punch, retrieving and taking possession of the piano. But not before a photographer took models out to it for a photoshoot and and someone placed a candelabra on it.

More Canadian bar owners may soon be giving slightly smaller liquor shots to customers because of a costly discrepancy between Canadian and U.S. systems of measurement.

The owners of the Vancouver’s Loose Moose bar performed an audit earlier this year to find out why they were not getting as many shots out of a liquor bottle as they expected.

They discovered that the culprit was the common shot glass.

“The shot glasses [we] were using were made by an American company and they were based on an American ounce,” said Loose Moose co-owner Kyle Tweter. “So they were too big.”

Just another way Canada is used to be better than America.

~~~~~~~~~~~~~~~
A woman in the Ukraine dropped her cell phone at the zoo and one of their crocodiles swallowed it. Zoo employees didn’t believe her until … wait for it … the phone started ringing in the croc’s stomach. It’s actually not that funny of a story since the crocodile has been unable to “pass” the phone. He hasn’t eaten in a month. 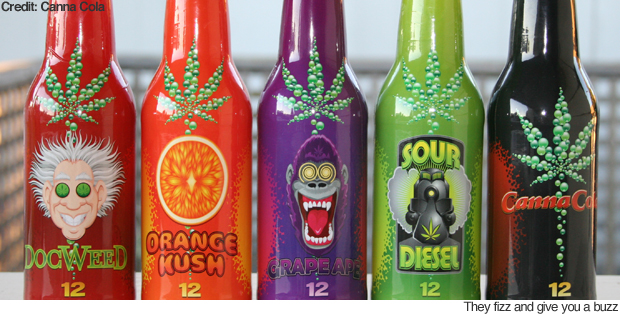 In a related item, Mexican drug smugglers have turned to using a catapult to jettison weed into the U.S..