As I have mentioned in some of my previous posts, I and a few others in my local area that were involved in the Obama campaign have been staying in contact and have a had a couple of meetings. Turns out some stuff I wrote over at the Daily Kos got noticed by a reporter from the Boston Globe. I spent about a half hour last Wednesday night talking to him on the phone and he ended up sending over a photographer.

The result is this article and I must say I’m quite pleased. Our little group is prominently featured. 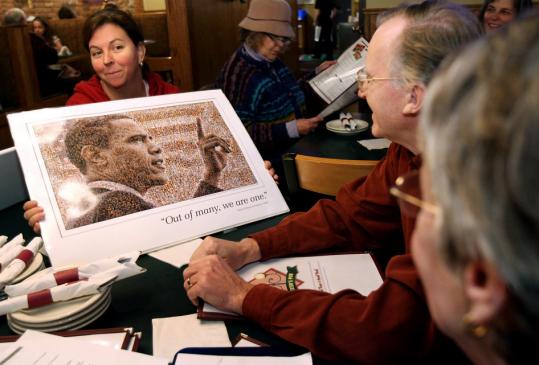 “It’s like, damn, that was amazing,” said Chris Savage, a 44-year-old chemist and Obama activist who lives near Ann Arbor, Mich. “The question is, what happens to all this energy?”

In Florida, they plan to apply Obama’s organizing methods to local races, including the 2010 contest to succeed retiring Republican US Senator Mel Martinez. They showed up in droves at the Foggy Bottom Coffee House in Dexter, Mich., for a postelection meet-and-greet with a newly elected Democratic representative, Mark Schauer, partly to show they would be paying attention to what he does in Congress.

“I was overwhelmed,” Schauer said of the Nov. 15 event, which drew some 120 people. “I would have thought it was a rally two days before the election.”

But many in the Obama movement are not waiting for a cue. Indeed, one lesson they learned from his bottom-up campaign is that they can act without directives from the top, and they have been exploring various means of bringing order and purpose to the still-amorphous desire among many Obama supporters to stay connected and involved.

Last Thursday evening, for example, Savage and nearly 30 other Obama supporters from the Ann Arbor area hashed out ideas at a pub in Dexter, Mich. Savage said he hopes to see the creation of a local network that could organize around anything from watershed issues to taxes. 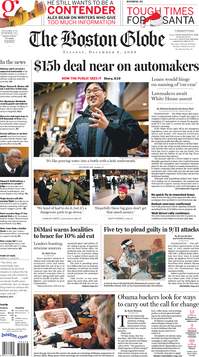 And of course, Mrs. E’s picture and poster are front in center in the photo which is awesome!

Hmmmm…maybe we should order more posters…?