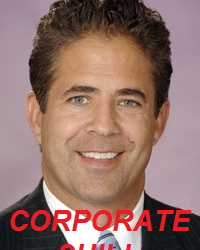 It’s well-known that MI-08 Republican Congressman Mike Bishop is a bought-and-paid-for lapdog of the Moroun family. The patriarch of that family, Manuel “Matty” Moroun, is the billionaire owner of the Ambassador Bridge that spans the Detroit River between Detroit and Windsor. Although there is a desperate need for an additional bridge to facilitate truck traffic that now backs up for […]