John Dingell with Mark Schauer, Senator Carl Levin, and Congressman John Conyers, photo by Anne C. Savage, special to Eclectablog Here are the Congressman’s remarks this afternoon announcing his retirement at the end of his current term (as prepared for delivery): Greetings to all guests, those at the head table, distinguished guests, elected officials and friends. What a great thing […]

END_OF_DOCUMENT_TOKEN_TO_BE_REPLACED Lawmaker, environmentalist, single-payer healthcare advocate, statesman, friend Eclectablog (Chris Savage) and Dean of the House Congressman John Dingell Last summer John Dingell became the longest serving member of Congress, breaking a record formerly held by Senator Robert Byrd. During his 58 years in Congress, John Dingell has been a champion of nearly every single progressive cause you could name. Every […]

END_OF_DOCUMENT_TOKEN_TO_BE_REPLACED “CBS This Morning” has an ongoing series called “Note to Self” where notable Americans read aloud a letter they have written to themselves as a baby. Congressman John Dingell, the Dean of the United States House of Representatives record Note to Self recently and, as a man who is 87 years old with a career in Congress the spans six […]

END_OF_DOCUMENT_TOKEN_TO_BE_REPLACED 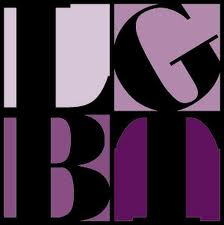 “This is about treating all people fairly, with honor, dignity, and respect.” Today the U.S. Senate passed the Employment Non-Discrimination Act (ENDA) that would end discrimination based on sexual orientation. It seems unlikely the House Speaker John Boehner will even allow it to come to a vote in the House. Being this close to equality for all Americans in the […]

END_OF_DOCUMENT_TOKEN_TO_BE_REPLACED Let’s behave as a Congress of the United States, not an aggregation of petulant children! At the beginning of the current Republican shutdown of the United States government, Dean of the House, Michigan Congressman John Dingell, gave a speech on the floor of the House that took Republicans to task for their irresponsible dereliction of their responsibility to govern, lead, […]

END_OF_DOCUMENT_TOKEN_TO_BE_REPLACED

It’s a great deal. But it could have been even better. Don’t get me wrong. I’m elated that Medicaid expansion is finally the law in Michigan after an official signing ceremony with Governor Rick Snyder today. I just wish the actual benefits would start sooner. The good news is that nearly half a million Michigan residents will now have access […]

END_OF_DOCUMENT_TOKEN_TO_BE_REPLACED 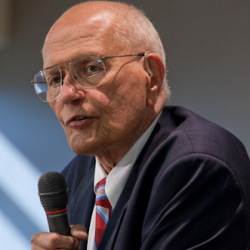 Children, may I please have your attention? Today House Republicans tried for the 41st time to dismantle the Affordable Care Act (ACA). Dean of the House John Dingell, someone I am proud to call a friend, stood up and proceeded to dress down the anti-Obama tea party freaks that have come to dominate the Republican Party. He was addressing them […]

END_OF_DOCUMENT_TOKEN_TO_BE_REPLACED The place to be on Labor Day On Labor Day (Monday, September 2nd, 2013), the Ann Arbor Dems, in conjunction with the Washtenaw County Democratic Party, are having their annual “Laborpalooza” Labor Day picnic. This year there will be an all-star cast of Michigan Democrats in attendance including Dean of the House Congressman John Dingell and his wife Debbie along […]

END_OF_DOCUMENT_TOKEN_TO_BE_REPLACED Despite urging from Democrats, citizens, businesses and healthcare professionals, Republicans continue to stall. Senate Republicans said they would hold a hearing on Medicaid expansion on Wednesday. But despite the many citizens who came to be heard — packing the committee room and overflowing into the lobby, according to Whitney Mich, Government Relations Coordinator for Planned Parenthood Advocates of Michigan — […]

END_OF_DOCUMENT_TOKEN_TO_BE_REPLACED

A champion of the people

This Friday, Congressman John Dingell will break Senator Robert Byrd’s record for the longest serving member of Congress having served 57 years and 177 days. He is already the Dean of the House, the longest continuously serving member of the House of Representatives. Although I am in the Congressional district next Congressman Dingell’s, I have gotten to know him well through my community organizing activities with the Washtenaw County Democratic Party. I’m proud to call him and his wife Debbie friends.

In his 57 years in Congress, Congressman Dingell has cast tens of thousands of votes and has been associated with some of the most historical legislation in our country’s history. Every session, he has carried on the tradition first set by his father of introducing legislation to create a single-payer, universal health care system in the United States of America.

Click through for a list of some of the other legislation that bear his mark and much, much more.

END_OF_DOCUMENT_TOKEN_TO_BE_REPLACED