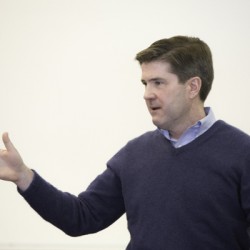 END_OF_DOCUMENT_TOKEN_TO_BE_REPLACED

BREAKING: House may vote on EAA expansion legislation soon, State Board of Ed President says, “Not the time” (UPDATED x2)

It appears that the state House may vote on HB 4369, legislation that would expand the State school reform/redesign (SSRR) school district (which includes the EAA), today or in the very near future, perhaps even yet today. Word I have been getting is that the bill has changed since the Senate passed it. In response to this movement, State Board […]

END_OF_DOCUMENT_TOKEN_TO_BE_REPLACED

Republicans are going Code Red to defend their desire to exempt charter schools from any sort of additional scrutiny, including being held to the same educational standards as public schools are. Toward that effort, state Senator Phil Pavlov went on the attack against the State Board of Education for even suggesting it. Pavlov is the chair of the Senate Education Committee. He then went on to blame the State Board of Education for the dire financial situation schools like those in Buena Vista and Pontiac find themselves in.

State Board of Education President John Austin, someone whose name has been talked about as a terrific choice for Lt. Governor of Michigan given his experience in education, is not taking this lying down. He put out a statement today, slamming Sen. Pavlov for his blatant politicization of our education system in Michigan. It’s a thing of beauty.

Read it over the jump.

END_OF_DOCUMENT_TOKEN_TO_BE_REPLACED